The presents have been opened, lots of food eaten and lots of fun with family has been had. Now the decorations are down as we say farewell to Christmas and await the beginning of a new year…  A good time to look back and reflect over 2014… 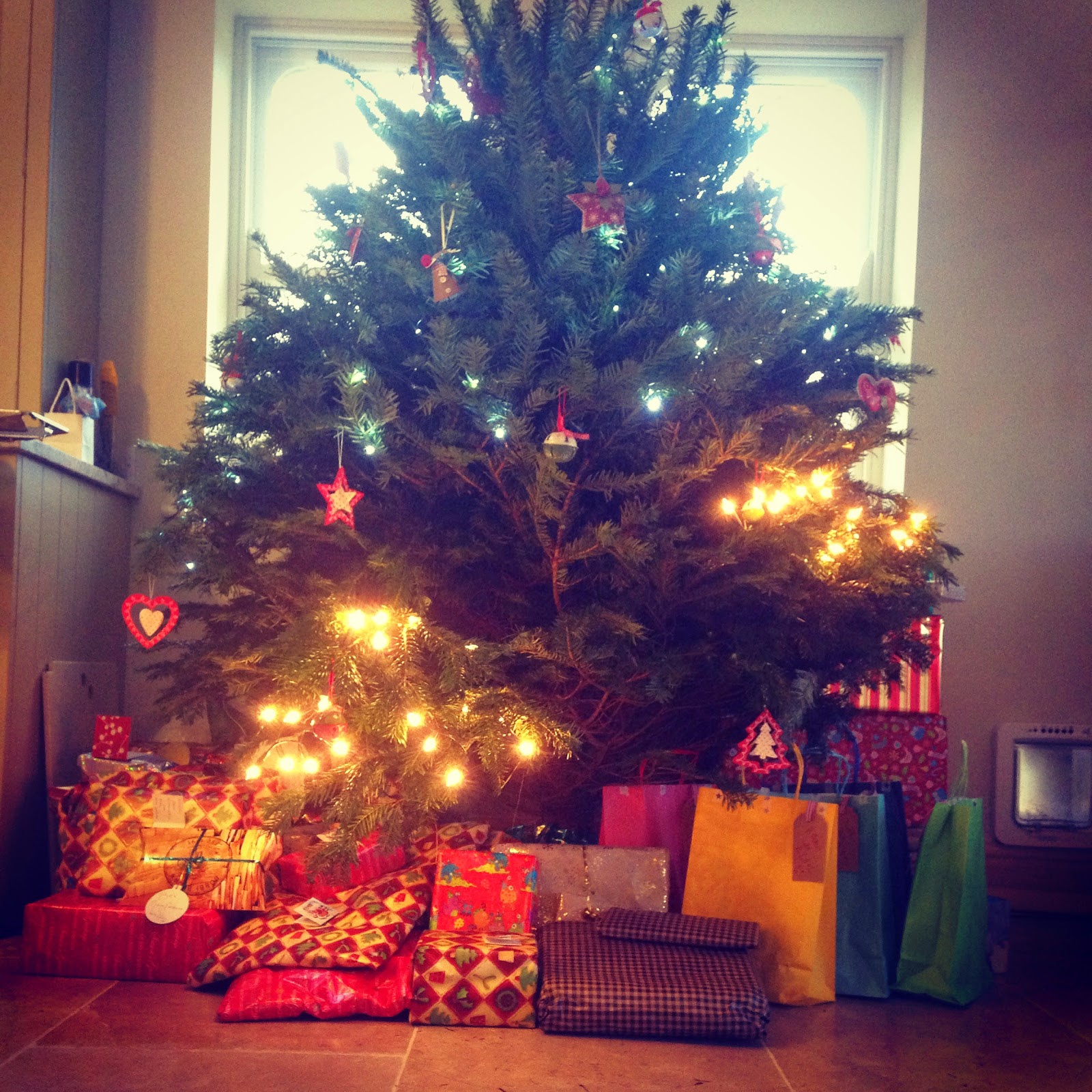 As the year began, I had a young baby and a toddler. Twelve months on, I now have a toddler and a pre-schooler! They still love one another as much though… 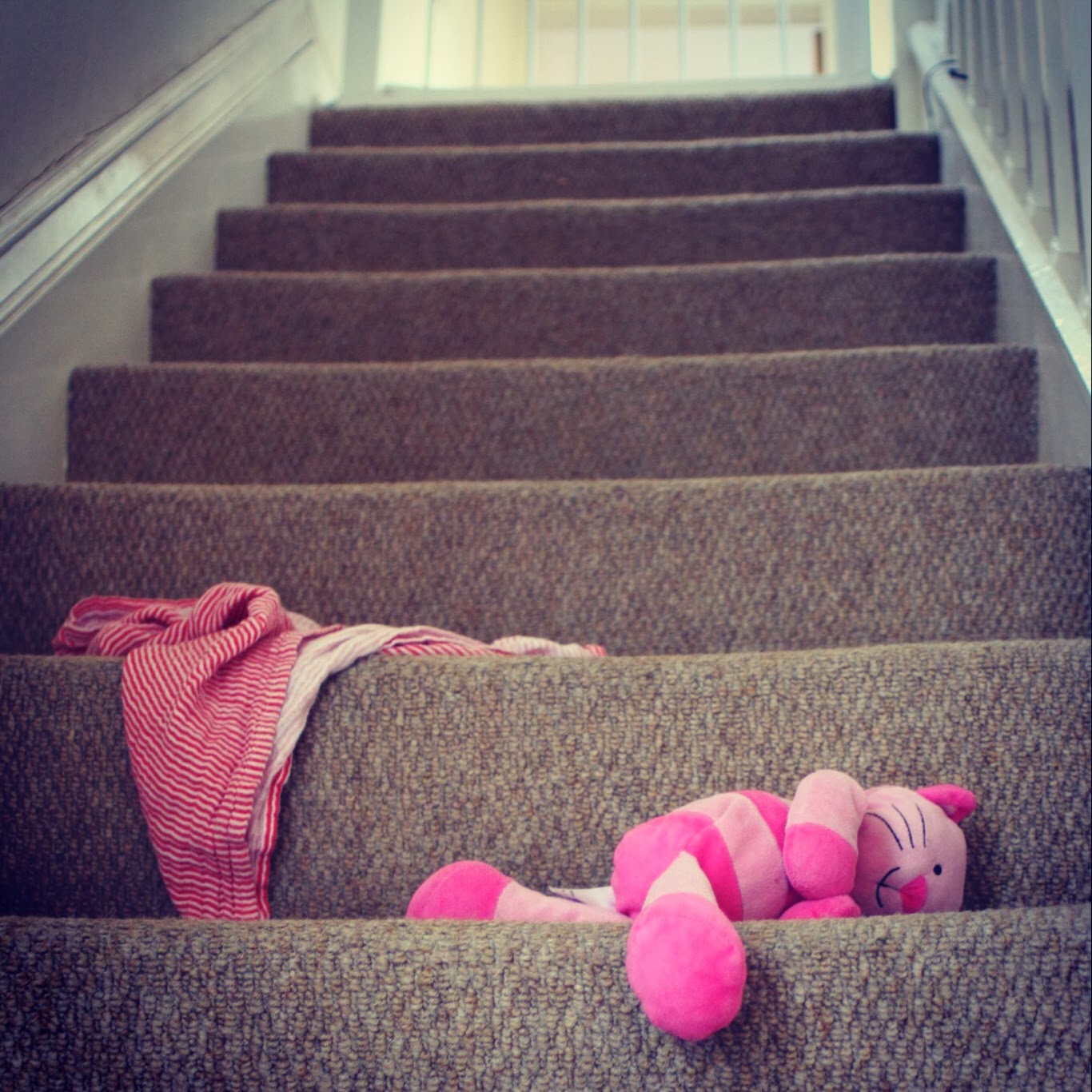 February is both congenital heart defect and also feeding tube awareness week.  We showed support (along with Ella’s nursery friends) by wearing red for raising awareness of congenital heart defects and I shared and re-shared Ella’s feeding story across social media again getting some lovely feedback (For those that haven’t read it, you can do so here).  I made these named word clouds for Ella and her heart friends and these were used as profile pictures and shared across social media sites. In March, Ella was featured in the ‘Lose the Label’ campaign.  The photography campaign was started by Michelle, mum to Mara who has Down’s Syndrome.  She wanted to get the message of person first language across to people, to help others understand that people with DS are so much more than a diagnosis and that it does not define them. You can find the campaign pictures on her Facebook page Lose the Label… 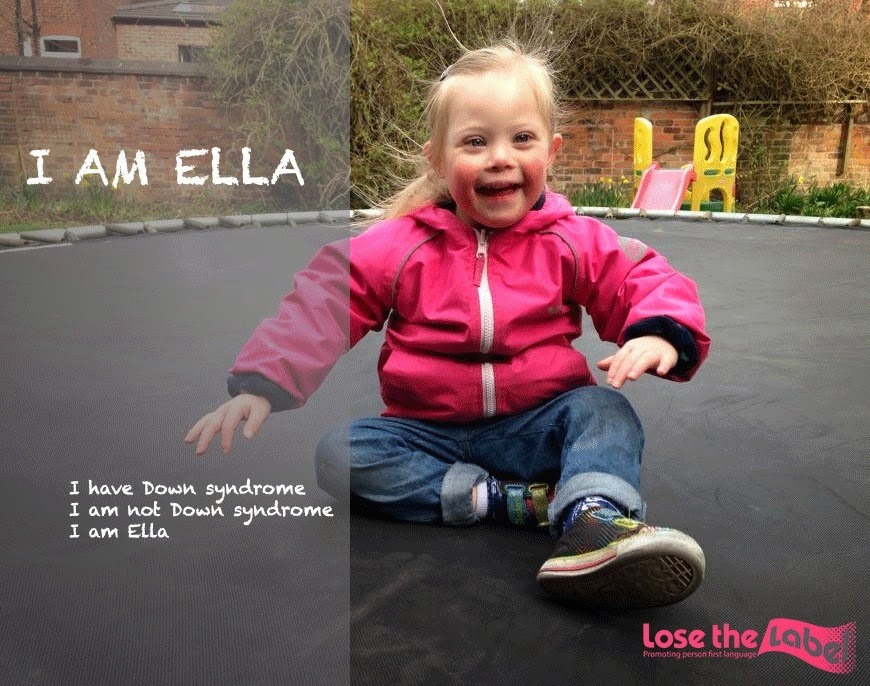 I was again asked to take part in Mencap’s Learning Disability week. This years focus was ‘firsts’ and I chose to write about the ‘first’ that has meant the most to me so far…Ella’s first smile.  I also loved reading other contributors posts, especially those who have older children and are a few years ahead of us. We still have so many firsts to look forward to and celebrate… 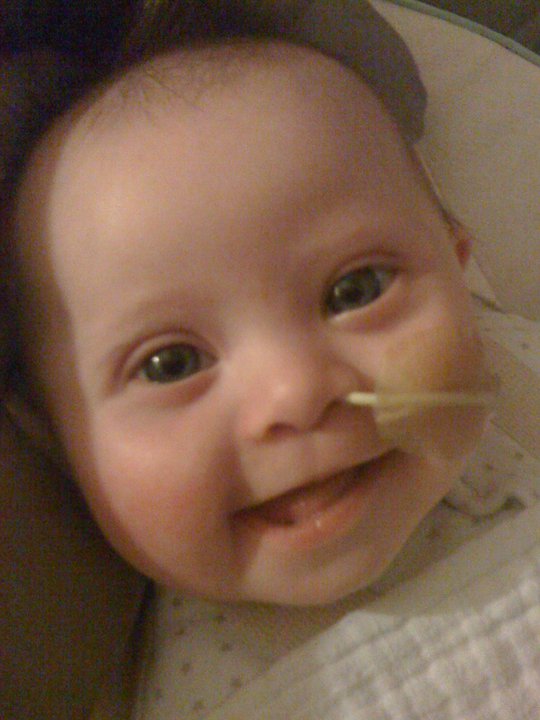 And this winter, I’ve supported the Matalan and Alder Hey charity campaign by wearing my alphabet scarf.  All proceeds from their sales go to the Alder Hey charity, one that I will always support after the care we all received while Ella had her heart surgery.  I’ve not been quick enough to get the girls their scarfs yet as they sell out so fast – I’ll be quicker next time they’re in stock! 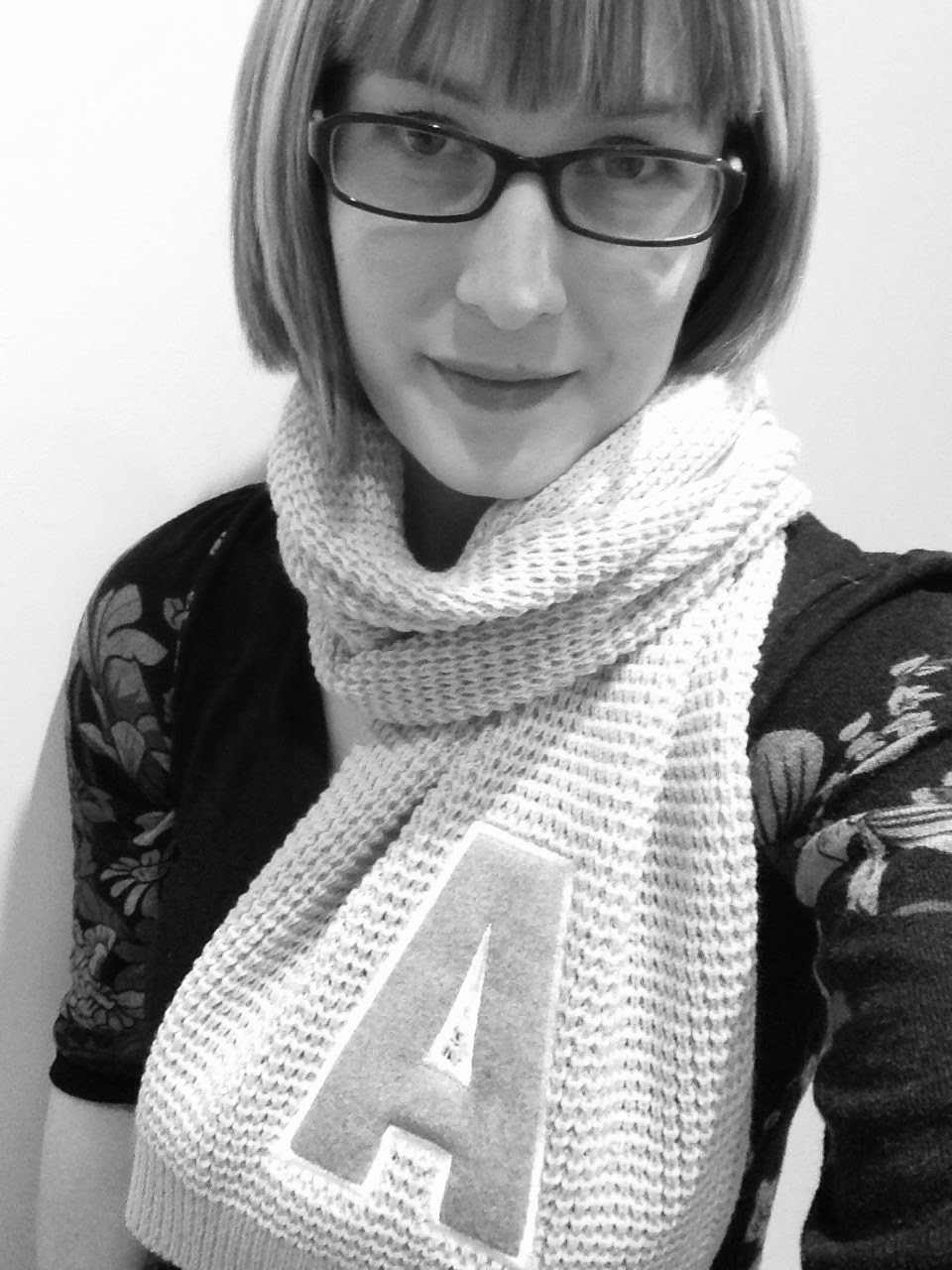 And there’s been a massive change in Ella over the last year too.  One of the great things about writing a blog is being able to go back and revisit where we have come from.  This year, she has grown in confidence, become a lot more grown up and has started her pre-school year at her new nursery before starting school next September.  Her communication continues to get better every week and she’s now putting 2-3 word sentences together, telling stories and giving a narrative (just tonight she came and said ‘Lucy dummy bath oh dear’ telling me that Lucy had thrown her dummy in the bath).  Of course, Makaton continues to be an important communication tool as well and we’ve found that it has also helped Lucy to make herself understood and support her speech. We’ve made attempts at potty training Ella this year (I’ll write a post on our efforts soon) but will revisit this again in the new year and have another go. 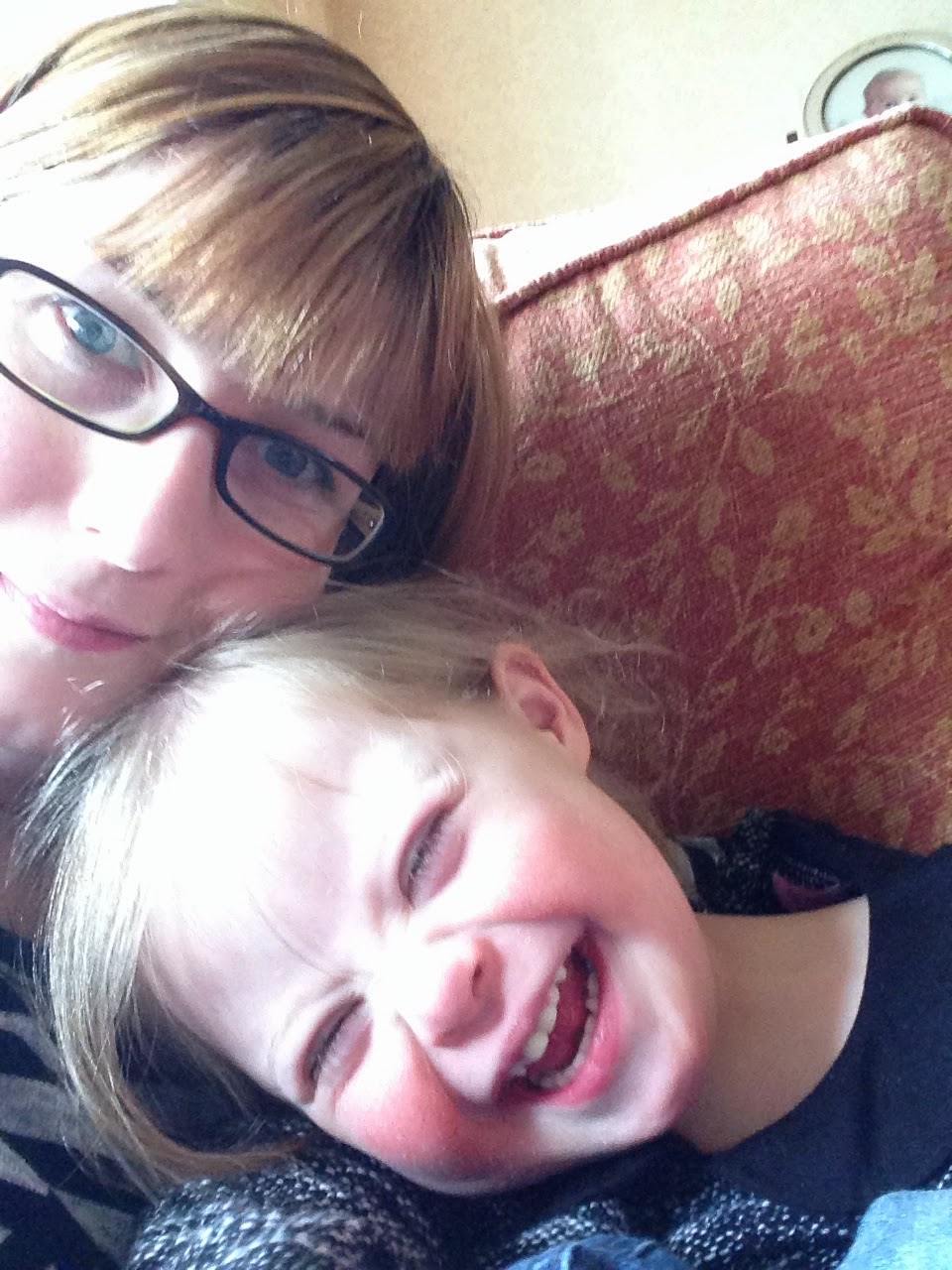 In June, I attended my first bloggers conference.  Attending Brit Mums Live was brilliant and I had a great time, even though I was nervous about going.  I met new people Kanchan ‘intrepid misadventurer’, Emma from +Adventures of Adam, Katrina aka +Mummy Whiskers  Amanda at ‘The Family Patch’, Carin at Artfully Carin and have loved reading their blogs over the last 6 months (even though I am bad at leaving comments – another New Years Resolution right there!).  I also finally met  in person the inspiring and charismatic Hayley from Downs Side Up.  There were a range of workshops to attend, brands galore as well as brilliant, empowering and emotional key note speeches (Emma Freud & Benjamin Brooks-Dutton).  A very inspiring and affirming couple of days – especially nice when meeting people you didn’t know but you did know each others blogs.  You forget sometimes when you click the ‘publish’ button that people do sometimes stop by and read what you’ve written!  I’m looking forward to BritMums Live 2015 already… 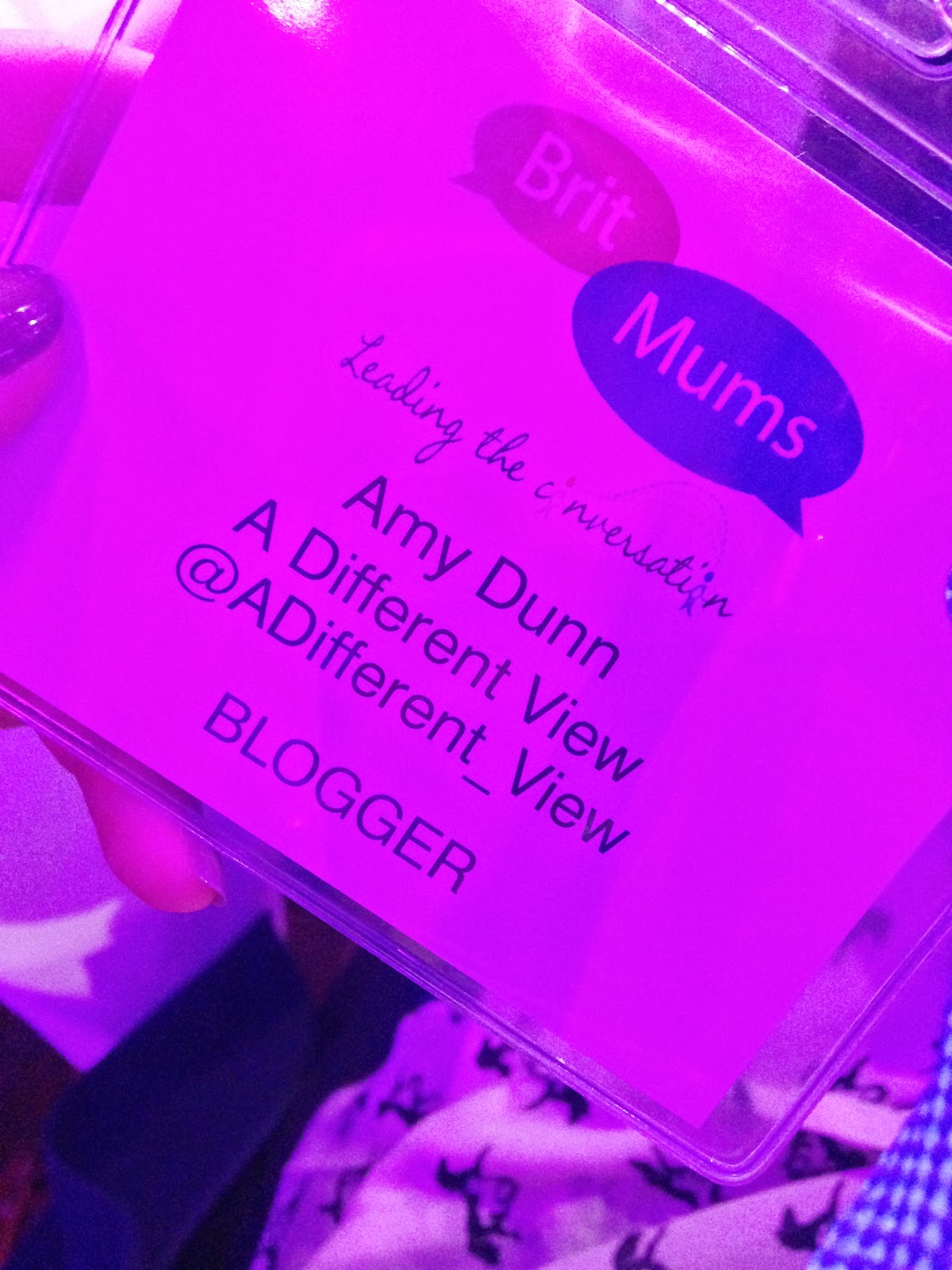 In August I was honoured to be bridesmaid at the wedding of our good friends Nicola and Brian.  Ella was also given the honour of being a flower girl along with Rosie from The Future’s Rosie.  We were put in touch with Nicola and Daniel by our local Down’s Syndrome group as they were facing heart surgery with their 6 month old son.  We had recently been through Ella’s surgery and we went along to their house to meet them when Ella was about 8 months old.  We kept in touch and visited them at Alder Hey when Daniel had his surgery a few weeks later… And 4 years on and Ella and Daniel have grown up together and Nicola and I have become great friends.  A nanny by profession, Nicola also helps us with childcare – giving up her lie ins three mornings a week as I throw Ella and Lucy over her front doorstep at 7am so I can get to work on time (a million thank you’s lovely lady) xxx 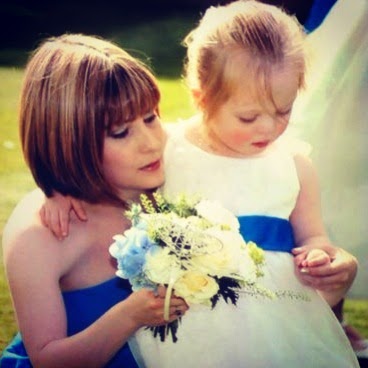 2014 has been a year of change and a year of collaboration.  There are lots of blogs about Down’s Syndrome out there, all sharing experiences, telling a story and all seeking to challenge perceptions and educate society.  And by linking together as #TeamT21 we can be a bigger and more effective voice.  Earlier in the year, I wrote these words…

“I know I am merely a drop in the ocean of change. But every drop creates a ripple. And along with all the other drops creating ripples we are collectively creating a wave.

Together, we are a powerful force – changing attitudes, challenging preconceptions and raising awareness.” 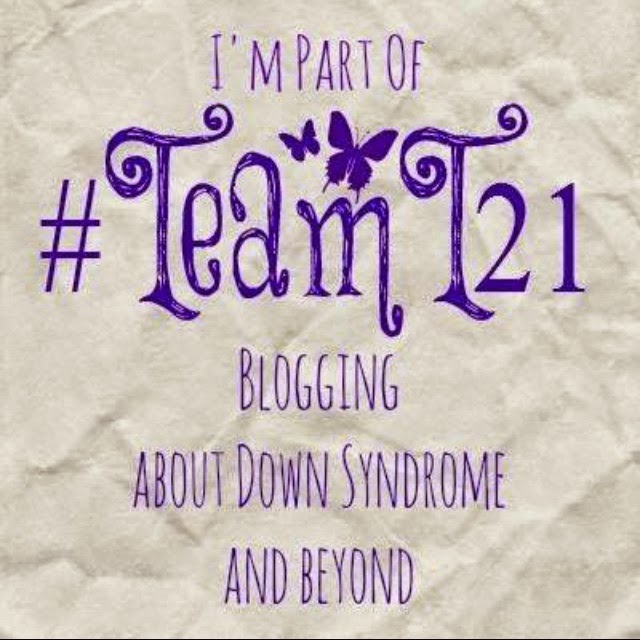 As I mentioned earlier, in September, Ella started her new nursery.  She absolutely loves it and has settled in well.  We’ve made a decision about which school we’d like to send her to next September and the first steps have been made to put in place a Educational Health Care Plan for her.  In starting her new nursery, we had to say an emotional farewell to the day nursery at my work she had been attending since she was 9 months old.  I will never be able to thank the staff enough for their input with Ella during her early years (and their continued care of Lucy too!).  It was only fitting that after their recent OFSTED inspection that the nursery received a rating of outstanding… 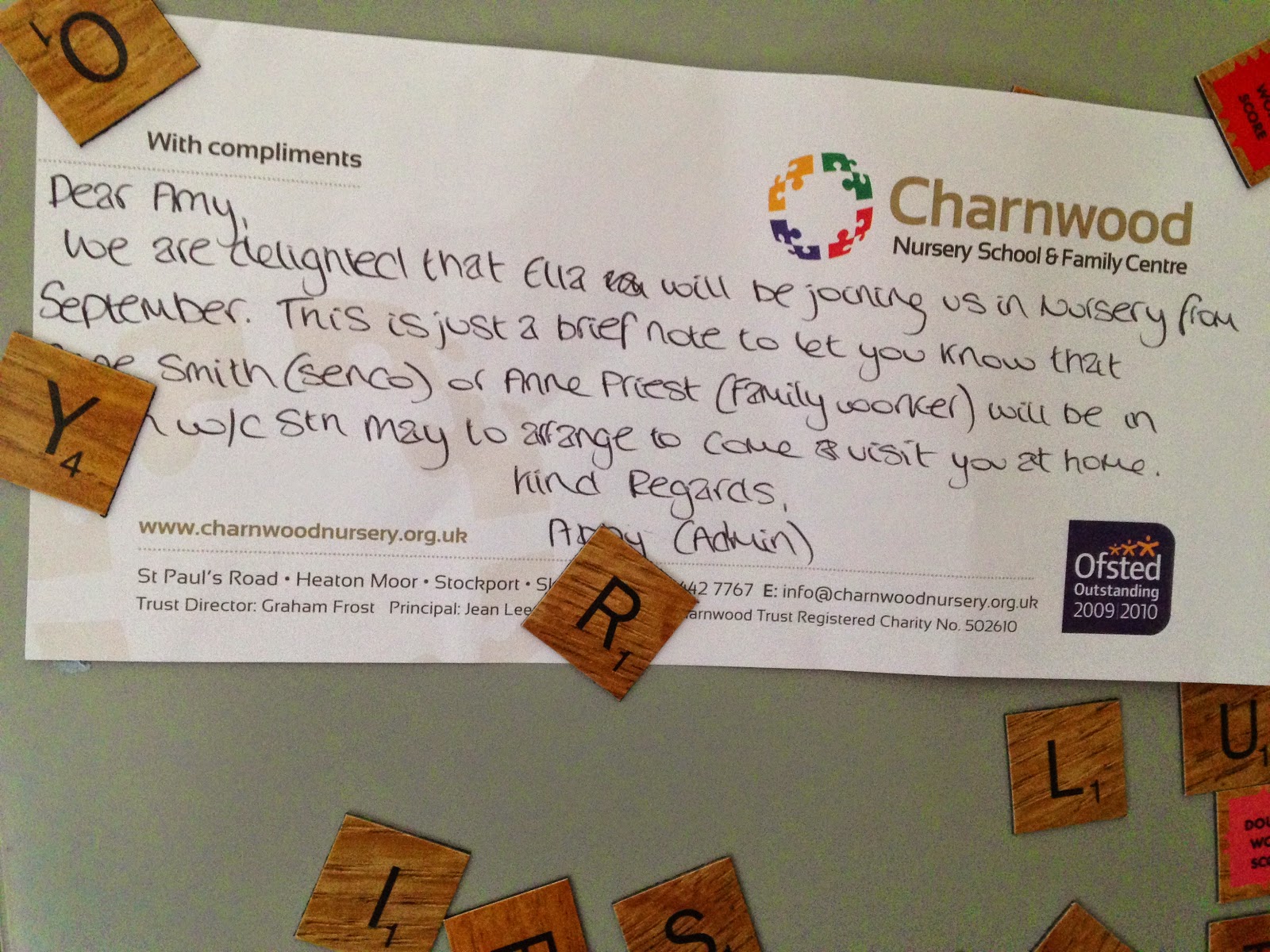 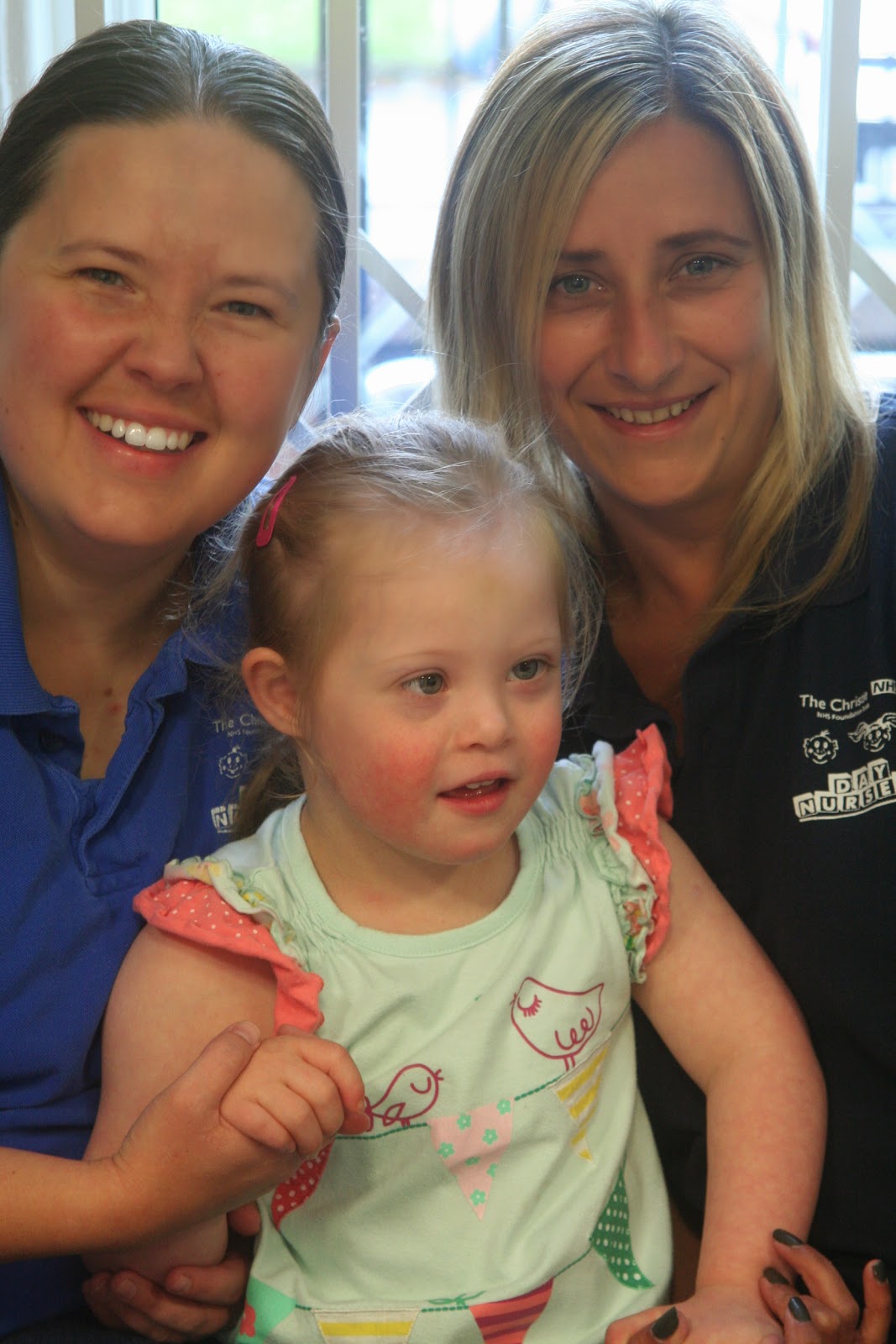 The two nursery workers who are Makaton tutors

And the blog, along with lots of other things has had to take more of a back seat this year. Ian is currently working away from home having a go at his dream job with the Essex & Herts Air Ambulance.  So I’ve been thrown into life as a part-time single mum which doesn’t leave much time for, well anything! I certainly have a lot more respect and admiration for all my single-parent friends – I don’t know how you do it. I also took on some new challenges at work, so life has been anything but quiet over the last 6 months.  Hopefully more time for writing and blog related activities next year. 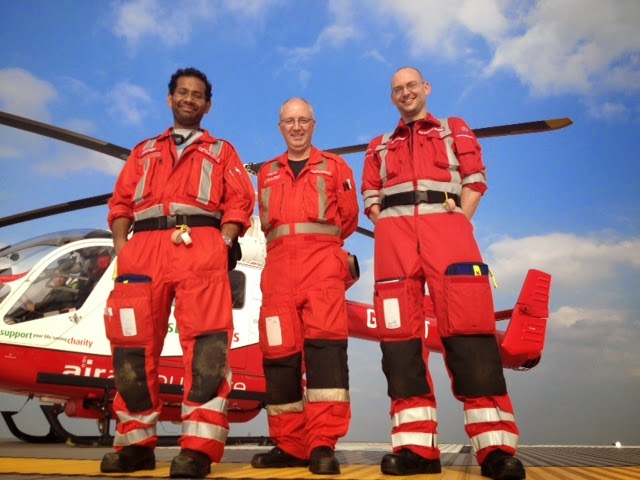 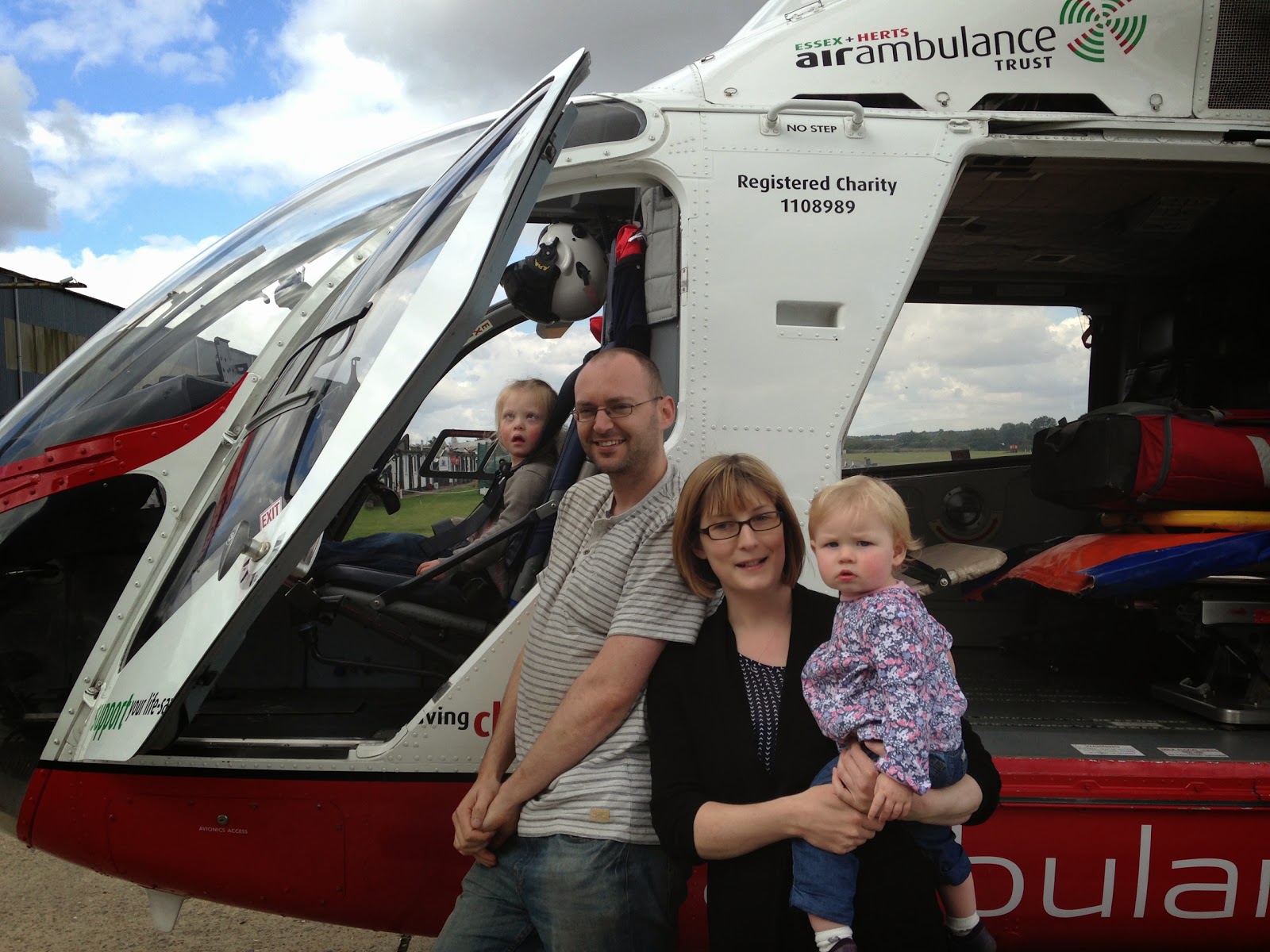 We’ve packed a lot in this year and I get the feeling 2015 will be just as hectic! 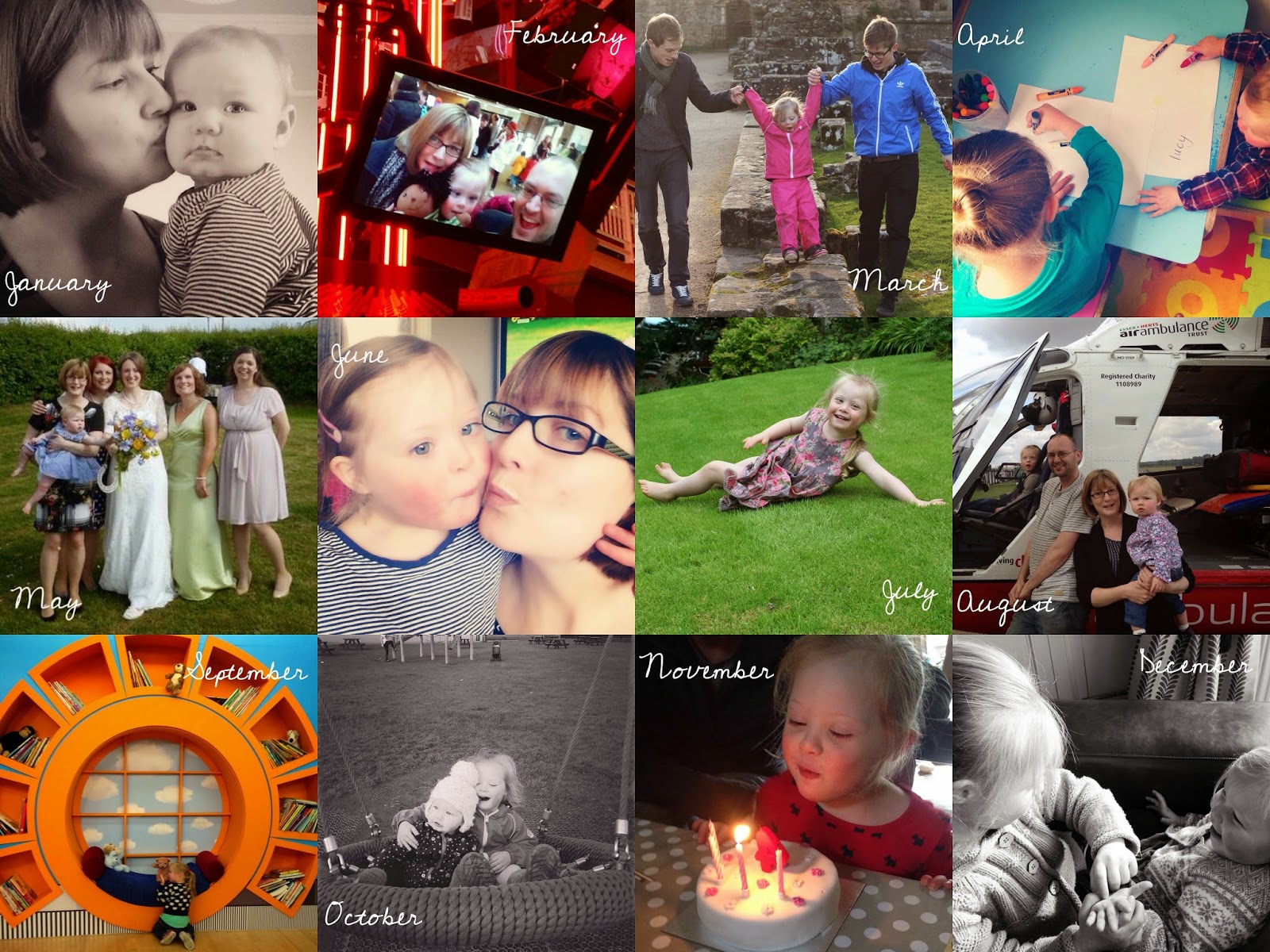 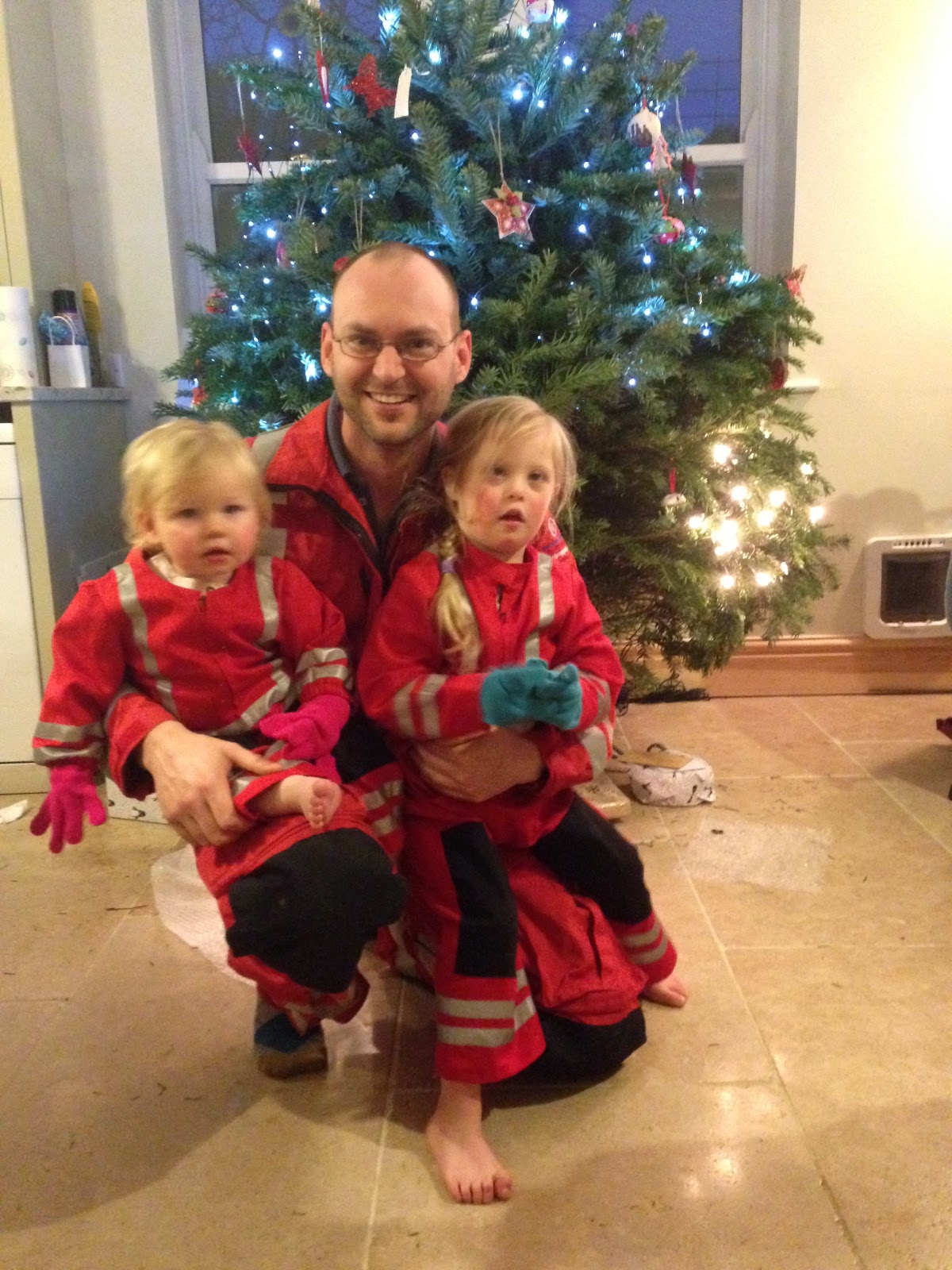