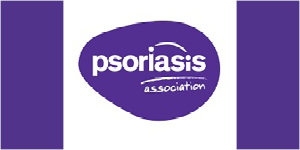 We recommend you visit

September/October – Men and their Health

Lose weight without dieting or willpower

How safe is it to use a fish spa for treating psoriasis?

Fish spa pedicures have gained increasing publicity and media exposure but are they safe? Angela Steen, of Glan Clwyd Hospital, will present her research on ‘The Little Dermatologist’ at the British Association of Dermatologists’ Annual Conference in Birmingham this week (July 3rd to 5th).

She says: “Healthcare professionals are often asked to comment on the use of alternative therapies for patients with skin disease, and can be placed in a difficult position if evidence is limited. I hope that this research goes some way to answering these questions.”

Known by the people of Southern Turkey as ‘The Little Dermatologist’ the Garra Rufa fish will gently lick and suck the skin, removing any dead skin scales. Discovered by Turkish shepherds as a means of helping wound healing the process became commercialised in the 1960s in combination with thermal springs and many people with psoriasis flocked to try the new treatment. This combination of hot spring with fish as a treatment for psoriasis was shown to be effective in a research paper in 2001. However this is not directly comparable with the ‘Fish spa’ offered in salons and clinics around the world today.

Introduced in Japan in 2006 and the UK in 2010 the modern fish spa sees customers put their feet (or whole body) into a long tank of warm water where they are then enveloped in hundreds of Garra Rufa fish. Risks arise when tanks are not cleaned between customers and where open cuts are prime targets for infection and also risk of fish tuberculosis from the fish themselves. As a result of this the Health Protection Agency investigated and in 2011 suggested that although the risk of infection was low immune-compromised patients should not use fish spas. Unfortunately this would include many people with psoriasis who are undergoing conventional treatments alongside alternative therapies such as the fish spa.

Information contained in this Articles page which doesn’t state it has been written by talkhealth, has been written by a third party, who has not paid to be on the talkhealth platform, and has been republished with their permission. talkhealth cannot vouch for or verify any claims made by the author, and we do not endorse any specific products, brands, or treatments mentioned. The content in our Articles pages should not be considered a substitute for medical advice. You should always seek medical advice before changing your treatment routine.