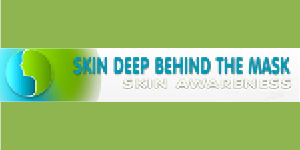 We recommend you visit

September/October – Men and their Health

Lose weight without dieting or willpower

The management of Hypertrophic scars

Abnormal pathological scars can be divided into two sub-groups; hypertrophic and keloid. The occurrence of these scars is a common clinical problem that can cause functional impairment and cosmetic deformities. They are cutaneous scars that occur due to surgery, burns or other traumatic wounds. A clinical distinction between hypertrophic and keloidal scars is important but remains clinically difficult and thus controversial. These scars require different therapeutic strategies but the terms are still used inconsistently and interchangeably.

Hypertrophic scars are known to have significantly higher blood perfusion than keloids, which have poor vascularisation with sparse, dilated blood vessels. The scars are characterised by a diffuse redness that results from a proliferation of capillary vessels inherent to chronic inflammation. Hypertrophic scars are generally elevated, firm and erythematous. They can also tend to be pruritic and tender. By definition, they are limited to the site of the original wound and grow in size by pushing out the scar margins, whereas keloids expand or invade beyond these boundaries. Keloids are sharply elevated, irregularly shaped benign tumours that progressively enlarge due to excessive collagen formation in the dermis during connective tissue repair. They have a similar appearance to hypertrophic scars but can manifest months or years after injury and show no tendency to regress.

At our scar management clinic at Salisbury NHS Foundation Trust (Salisbury District Hospital) and indeed at most NHS trusts nationwide, the advice is to keep your newly healed skin well moisturised and supple. This will help to improve the appearance and pliability of your scars. The advice varies on the choice of moisturiser; some promote a simple, non-perfumed aqueous-based moisturiser, others an oil-based cream or emollient. It is advised that the cream is massaged in to the healed skin around 2-3 times a day. Massage involves medium to firm pressure in small circular movements over the affected area. It is very important that the skin is cleansed in between moisturising as a build-up of cream can cause skin irritation.

Scar tissue is less flexible than normal skin and therefore it may be that some areas tighten and have some restriction in movement. In the clinical setting, the physiotherapist will provide an exercise routine to keep the area mobile. It is important that these movements are performed regularly. For worse cases of scar contracture, the patient will be fitted with a splint or orthotic device to provide pressure over the scar and prevent further tightening.

Pressure or Compression Therapy
Pressure garment therapy (PGT) has been the preferred conservative management of scars since the 1970s. It is suggested that pressure therapy is effective when the scar is in the active phase and loses some efficacy after 6 months of treatment. Garments are typically custom-made from an elastic material with a high spandex, or similar, content. The garments should be changed every 2-3 months to counter any decrease in elasticity.

It is patent that two recent reviews on PGT have concluded that strong evidence of clinical efficacy is lacking. Since PGT is considered a standard treatment worldwide, it is difficult to compare PGT versus no therapy due to ethical reasons regarding withdrawal of treatment. Despite precise fitting techniques, it cannot be assured that the garments will provide consistent pressure at the scar-garment interface. This further compounds the problem of testing the efficacy of the pressure garment as it cannot be assumed that the scar is exposed to the optimum pressure.

Pressure garments require significant sustained patient involvement and dedication. Patient compliance with recommended wearing schedule is difficult for many reasons. These include discomfort, restriction of movement, appearance, fit and swelling of extremities. A lack of patient information about the PGT modality has been demonstrated to be one of the major causes of low patient compliance. It is also important for there to be a good doctor/nurse-patient relationship to help the patient persevere with the treatment.

Silicone
Silicone Gel sheeting
Silicone gel sheeting (SGS) is a soft, semi-occlusive cover. It is composed of cross-linked polydimethylsiloxane polymer with extensibility similar to that of skin. Its purpose is to reduce the size, induration, erythema, pruritus and extent of hypertrophic scars. Most researchers believe that silicone acts by creating a hydrated, occluded environment that decreases capillary activity. Silicone sheets decrease hyperaemia and minimise fibroblast production of collagen and promote wound flattening.

Evidence now seems to point to the beneficial effects of SGS and silicone gels are mediated by occlusion and hydration. Furthermore, results of clinical studies to date indicate that silicone gel and SGS have equivalent efficacy in the management of abnormal scarring. Silicone gel is generally preferred to SGS as close apposition is more practicable. Patients are also more adverse to the appearance of SGS on visible areas.

Wounds treated with silicone gel have negligible amounts of silica in histological sections. This suggests that the presence of silicone may not be necessary or that silicone itself is not an active ingredient. This is further supported by a randomised controlled trial that showed that silicone and non-silicone dressing were equally effective in the improvement of size, induration and colour of hypertrophic scars.

Silicone cream or gel
Silicone gel is self-drying topical gel developed from the long-chain silicone polymer used in SGS. It dries to form a thin, transparent, flexible, gas-permeable, water impermeable silicone sheet that adheres to the skin. It is proposed that silicone gel, like SGS and occlusive silicone cream, is effective in softening and reducing scars. They have been seen to reduce redness and improve symptoms of pain and itching.

Laser Treatment
There is no agreed optimal method for the treatment of hypertrophic scarring and better solutions are continually sought. Light or laser therapy has been favoured in research projects in recent decades due to the comparative infrequency of side effects and the relative ease of administration. Keloids do not respond well to treatment and have a high recurrence rate. Little effect is seen on keloids with laser treatment. It is worth noting that although increasing numbers of randomized controlled trials have provided adequate evidence to confirm the efficacy of most of the laser therapies, the quality of these studies is still limited by inadequate sample sizes, short follow-up durations, and non-standard results evaluations.

Pulsed Dye Laser (PDL) intervention
Pulsed Dye Laser (PDL) is sparingly used in the clinical environment to treat HTS, yet in some major burns centres it has become standard care. Laser technologies have been tested to either prevent or treat hypertrophic scars by selective destruction of scar microvasculature through the process of targeted photothermolysis. Other theories of the mechanism by which PDL may achieve clinical efficacy in the treatment of scars include the decreased cellular activity resultant from laser induced anoxia or through collagenolysis by laser stimulation of cytokine release. Healing may also be induced by the effects of histamine on dermal collagen.

Historically, PDL has been shown to effectively improve the pliability and texture of hypertrophic scars, as well as reduce the erythema and the associated symptoms of pain and pruritus, though some more recent studies do not concur. The primary mechanism of PDL therapy is to target the destruction of small blood vessels by photothermolysis. Previous studies have indeed shown that laser treatment of scars have had good results in reduction of erythema but with varying degrees of success for other aspects of scarring. It has been hypothesised that treatment during the early stages of wound healing, before scar formation, could avoid these further aspects. Indeed, treatment options should be considered early in patients that are identified as prone to scarring.

Laser resurfacing
Ablative skin remodelling (ASR) was initially developed for oral/head and neck surgery. These lasers deliver short pulses of high energy that vapourise water, both intracellularly and extracellularly. They can create exact amounts of tissue ablation and this minimises excessive dermal damage. Similarly, these ablative lasers can remove and debulk scar tissue.

Carbon dioxide (CO2) lasers are the main work-horse in the delivery of ablative laser treatments as their energy is absorbed by water in tissue. Erbium YAG lasers are also used in both skin and scar treatments. Resurfacing with CO2 ablates and smooths the scar surface and the deeper thermal coagulation of the dermis incites rigorous remodelling and neocollagenesis. Resurfacing laser can be considered to have both a horizontal (tightening) effect and vertical (depth) treatment vectors on the target tissue. CO2 lasers have a more horizontal effect whereas Er:YAG has a more vertical effect.

These lasers can also perform ablative fractional resurfacing (AFR). In this process, a matrix of microthermal thermal zones (MTZ) composed of columns of destruction is created in each laser pulse. This destruction can either be thermal (coagulative) or ablative. As only MTZ are created, the intervening, undamaged epidermis served as a reservoir of viable tissue for rapid repair of the coagulated MTZ in epidermal tissue. These surrounding islands of untreated tissue promote rapid healing and re-epithelization. This implicitly means a shorter recovery time for the patient. Fractional laser can be classified into two types; ablative fractional (AFR) and non-ablative fractional resurfacing (NAFR). AFR constitutes mainly ablative damage with a small degree of thermal effect, whereas NAFR solely delivers a thermal dose without disrupting the epidermis. ). The microperforations formed by the MTZs lead to an inherent increase in the pliability of scar tissue and may also cause a weakening of any adhesions between the scar and underlying tissue. This treatment is akin to the effect of “microneedling”, which aids to release tethering or adhesion of scars in addition to the creation of some collagen remodelling.

Information contained in this Articles page has been written by talkhealth based on available medical evidence. Our evidence-based articles are certified by the Information Standard and our sources are available on request. The content is not, though, written by medical professionals and should never be considered a substitute for medical advice. You should always seek medical advice before changing your treatment routine. talkhealth does not endorse any specific products, brands, or treatments.