Ella just loves drawing. She often asks for ‘paper’ and will sit and draw at her little table for ages. It seems to be the one activity that holds her attention and calms her inner whirlwind for a time. Her favorite thing to draw at the moment is a face, asking you to draw her a ‘big circle’ and then she tells you to draw a mouth, eyes, ears, nose, sometimes glasses and always curly hair!

Last summer we came across a fab easel in a local charity shop. During the hot days it lived with her chalks, crayons and paper outside. When it got cooler I put the easel in the kitchen with the intention of putting it away until the summer but I found Ella would gravitate to it and it was useful to keep her occupied while I was in the kitchen. So it has become a permanent feature. And she’s getting good at ‘mark making’ – lines, scribbles and attempts at circles too. I often come into the kitchen to find a new ‘picture’ on her chalkboard (and sometimes she even decorates the kitchen cupboards too…) 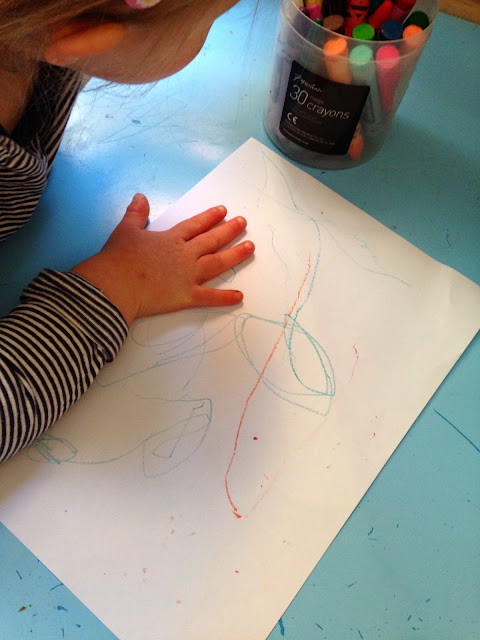 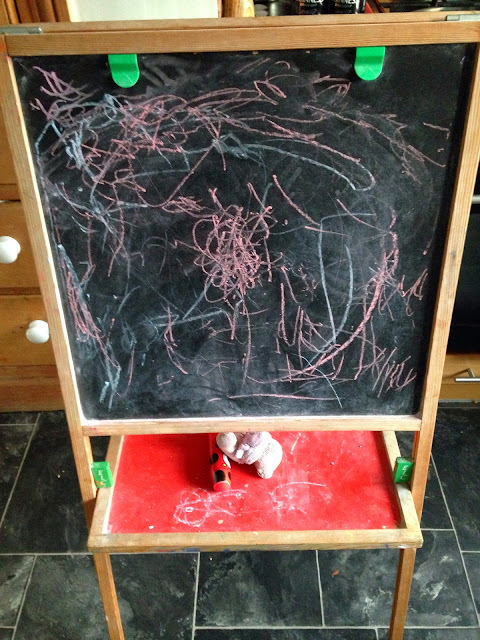