These are my two babies at their 20 week scans… 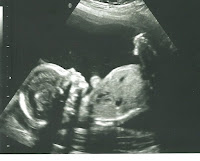 Both loved, wanted and unique.  However, one of them is deemed by medicine and society to be less worthy of life…

I’ve wanted to add my thoughts on the recent developments relating to the non-invasive pre-natal testing for Down’s Syndrome.  I’ve just not been sure how.  There are so many well written blogs and articles on the subject and a lot of what I am thinking and feeling has already been said by somebody else.

A test that promises a 99% accuracy of detecting a chromosomal abnormality in an unborn baby with no risk of miscarriage. What’s not to like about that?

We all make decisions every single day of our lives.  What to eat for breakfast? What to watch on TV? Where to go on holiday?  On the surface, they are all small and insignificant choices we make without even thinking about it.

But what if the next choice you make or decision you take changes your life? Choosing Marbella for your holiday instead of Rome and meeting the love of your life, choosing redundancy only to land your dream job weeks later.  There are also the choices we make or events that happen that we then don’t have any control over. Missing your train or taking a wrong turn may lead you somewhere new or unexpected

These defining events happen to all of us throughout our lives. It’s usually with the benefit of hindsight that allows us to single out the choices we made or an event that led us to where we are and who we are today.  To look back and see in black and white that fork in the road – the path you chose versus the path you could have taken…

There was a decision I made, around this time 5 years ago.  I call it my ‘Sliding Doors’ moment. A decision I can now say altered the course of my life and our family’s life. 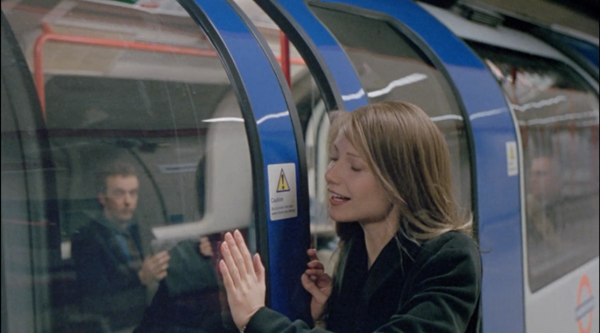 In a room with a midwife, about 12 weeks pregnant I was asked if I wanted the blood test that screened for Down’s Syndrome.  I was 28, healthy and had no reason to think I was ‘at risk’ of having a baby with any problems – besides, Down’s Syndrome happened to older women, right?

I politely declined the test and didn’t really think any more about it.  At the time, the test was a stand alone option where I was having my ante-natal care.  The nuchal translucency test now used in conjunction with the blood test as standard was then only offered to women over the age of 35.  There was no discussion with the midwife, she didn’t explain my ‘risks’ or give me any further information about the testing or about any of the chromosomal abnormalities the test would look for.  With hindsight if I had been given more information about the tests, I may have decided to have them.

And with the results of those tests, I hand on heart do not know what I would have done.

I am so grateful now that I never had that information before Ella was born.  It is well reported how women are not being given the information and advice they need to make an informed choice after receiving a positive diagnosis during pregnancy. Data suggests that a massive 92% of women who find out their unborn child has Down’s Syndrome go on to abort their pregnancies.

A lot of the blame for this lies with the medical professionals who are ‘caring’ for these women and some of the blame with the way society as a whole views and portrays disability. So much more should be being done to educate staff, challenge current views and change the culture within the NHS towards women given a high risk screening result or a positive amnio/CVS result for Down’s Syndrome.  There is a lack of understanding of what Down’s Syndrome is, negative and false information being offered to women and very little information given as to where they can gain more support or advice in order to make an informed choice.   I also know parents who have been given a positive amnio result and been offered a slot for termination in the same sentence.

From a purely selfish viewpoint, I am glad these more accurate, non-invasive tests have been developed.  After having Ella we were told our chance of having another child with a chromosomal abnormality was 1:100 (about ten times higher for another woman my age).
I knew any decision I would  have to make in the future regarding pre-natal testing would be based upon how I felt at that time.  When I found myself pregnant with Lucy, I knew that I had to know one way or the other so I could feel more at ease during my pregnancy and know what to expect. I had the triple test which came back as 1:330 so decided to have an amniocentesis – with all the worry and guilt that carried with it.  It was an awful period of time and one that, thanks to these new tests I won’t have to put myself or Ian through again.

For women in my position, the development of these tests means we no longer have to put our unborn child at risk to get a definitive result.

A small silver lining to the black storm cloud these tests have created. 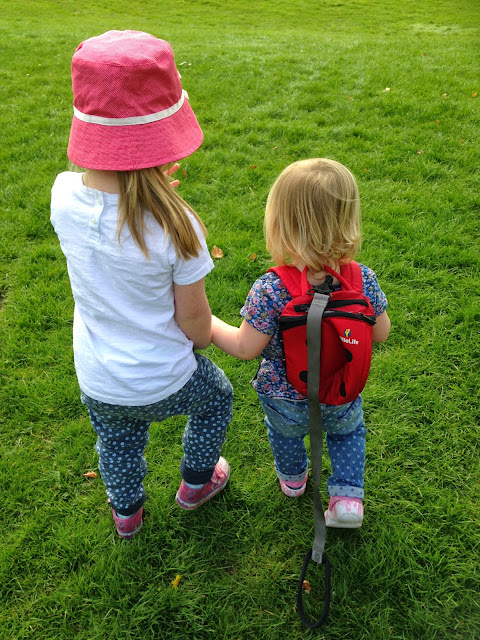 One Response to Sliding Doors