This Week in Health News: Children’s Mental Health, and How Much do You Cost the NHS?

After weeks of debate and strikes, the NHS continues to dominate the news this week. For a start, junior doctors are due to strike again tomorrow (Wednesday 10th February), over the ongoing dispute about proposed changes to their contracts. A 24-hour walk-out is expected to go ahead from 08:00 unless a last-minute agreement can be reached on junior doctors’ pay and normal working hours. Such agreement continues to look unlikely as long as the British Medical Association continues to back strike action. More than 2,800 operations have already been cancelled ahead of the strikes. 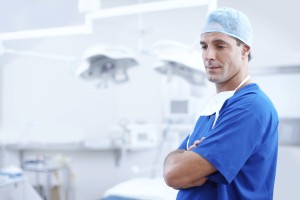 How much have you cost the NHS?

The NHS’s overall budget currently sits at around £116 billion, but it can be hard to grasp what such a large number really means. One way to get an interesting new perspective on your own personal relationship with the NHS is to have a go with a new feature on the Guardian newspaper’s website, which calculates how much you have cost the NHS, based on your age, gender, and the sorts of treatments you’ve undergone. We at talkhealth have found it fascinating to see our own financial footprints.

We’ve also had some great content on the blog recently about children’s mental health – an issue that has become front-page news over the last few days with The National Association of Head Teachers (NAHT) releasing findings that three quarters of head teachers in the UK had reported that they lack the resources needed to meet the mental health demands of their students. Two thirds of them, meanwhile, reported that they found it difficult to access mental health professionals. The NAHT went on to argue that this shortfall in services leaves many at risk of developing lasting psychiatric problems, and that the main barrier to better services is a financial one. The Department for Education has responded by highlighting that it plans to spend an additional £1.4 billion on children’s mental health over the course of the current Parliament.

We’d love it if you’d talkhealth with us about these stories in the comments section below. How do you think the debate over junior doctors’ contracts should be resolved – and what do you think of the strike action? If you’ve used the Guardian’s calculator, are you surprised by the amount that you have cost the NHS? And, finally, do you have any experiences with mental health issues in children?