This week in health news: Terry Wogan, the Zika virus, and more

Some very sad news hit us at talkhealth along with the rest of the UK on Sunday: that Sir Terry Wogan had died of cancer at the age of 77. The legendary broadcaster had a short battle with cancer and had told friends that he hoped to beat it. After the deaths of fellow national treasures David Bowie and Alan Rickman earlier in January, this is the third high-profile cancer death already this year. talkhealth would like to add our condolences to those already sent out in the last couple of days. 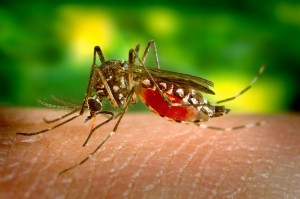 Last week, we mentioned the growing threat of Zika, a virus that originated in Africa and has spread in recent years to South America, and is expected to spread throughout the Americas in the coming months. It has been linked with birth defects including microcephaly – the underdevelopment of brains in new-born babies. Yesterday, after an emergency meeting, the World Health Organization declared Zika a ‘public health emergency of international concern,’ and compared the spread of the disease to the Ebola outbreak in 2014 and 2015. Among other measures, pregnant women are being warned to avoid travelling to areas affected by Zika.

After those two very sad stories, a couple of more positive stories have also struck us this week. For one thing, there have been a number of reports that Kate Winslet’s admission on national TV that she often wets herself has inspired women all over the country to be more open about their own bladder control. And, similarly, there’s been the high-profile success of a campaign called Time to Change, encouraging people (particularly young people) to talk about their mental health and striving to tackle the stigma surrounding mental health problems. Celebrities such as Cara Delevingne, Emma Stone, and JK Rowling have been sharing their own mental health experiences. Anything that gets people talking more openly about their health certainly gets talkhealth’s approval!

Let us know what you think of these stories in the comments section below. How did the death of Sir Terry affect you? How serious a threat do you think the Zika virus represents? And have you been inspired to be more open about your health by a celebrity telling sharing their experiences?

4 Responses to This week in health news: Terry Wogan, the Zika virus, and more