Visit from the Tooth Fairy

When Ella was a baby, one of many things we were told (that subsequently turned out not to be the case), was that as she had Down’s Syndrome she would teeth later than other babies and when they did start appearing, they would take longer and come through in the wrong order.
I didn’t get any teeth until I was 15 months so had visions of Ella being toothless well into toddler-hood.  In reality, she cut her first tooth at about 6.5 months old and then continued to get all her teeth by the age of about 2.5/3years old.  We were also told that she may be late to lose her baby teeth and that her adult teeth may take more time to appear.
Just after her 5th birthday last year, we noticed that her two front bottom adult teeth had cut through the gum and were sat neatly behind her baby teeth (which were wobbly).  After a quick call to the dentist, I was assured that this was all very common and that we could wait until the following week when our regular check-ups were due anyway.  At the check-up, the dentist reassured us that as the baby teeth fell out, the new adult teeth would work their way forward into the space they left behind.  We just had to keep wobbling the baby teeth to encourage them on their way (definitely a ‘blue job’ in our house – I can’t stomach wobbly teeth!). It took another couple of weeks but finally, her first tooth fell out followed a week or so later by the second one. 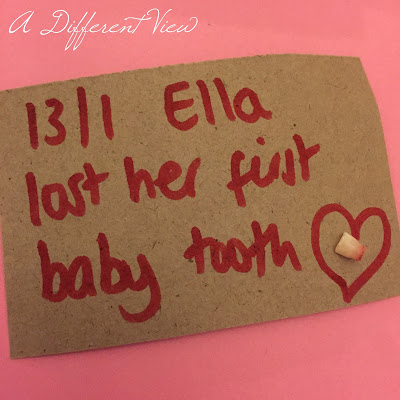 And then, there was of course the excitement of the Tooth Fairy visiting.
After watching the episode of Peppa Pig where the Tooth Fairy comes, Ella had really got on board with it…  So much so, that we went through a period of time where if something was lost and you couldn’t find it (car keys, daddy’s ID badge for work and various teddies, books, jigsaw pieces and a spoon) then it was most probably stashed safely away under Ella’s pillow with the expectation that the Tooth Fairy would visit.
She definitely knew the connection between wobbly teeth and the Tooth Fairy and when it eventually came out, she proudly put it into a little envelope and left it under her pillow… 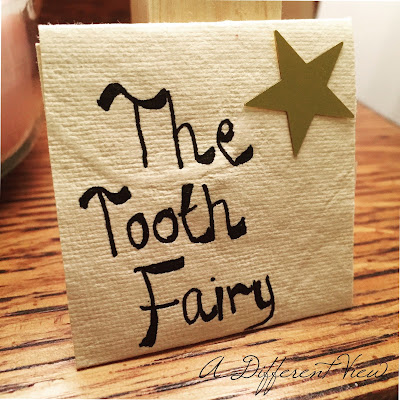 She did pay Ella a visit leaving her a shiny pound coin, which Ella bought herself a chocolate babyccino with on our next visit to the coffee shop (lesson in asking for things and giving money over in shops thrown in there too #lifeskills!).
There was more Tooth Fairy excitement last week when the first of her top front teeth came out.  Luckily for me it came out at school, although she couldn’t tell them where it came out which sparked a major ‘tooth hunt’ around the playground and classroom.  Tooth was eventually found and she came out of school clutching it proudly, asking for a shiny coin. 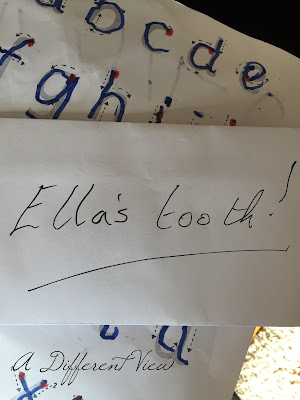 Now she looks all gappy and even more grown up than she did already – I’m just hoping the new teeth are as straight as her baby teeth were, although with my wonky teeth and history of over crowding, I’m crossing my fingers! 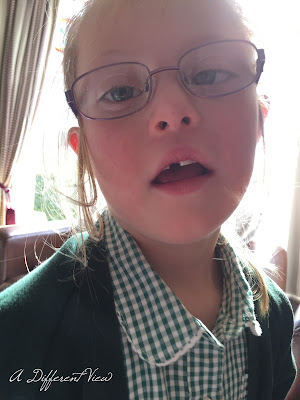