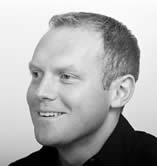 Adam has been a professional full-time hypnotherapist since 1997 and in that time has seen over 6000 individual clients. He is the author of 5 books on the subject including his book, 'The Science of Self-hypnosis: the evidence-based way to hypnotise yourself' and his highly rated 'Hypnosis for Running' where he shares his passions of hypnosis and running (he has been running several marathons a year since 2000). His work has featured on primetime BBC1, ITV and on national radio as well as in a wide variety of other media forms. He is the principal of one of the UK's most highly regarded hypnotherapy training schools. Adam has a very strong background in evidence-based approaches to hypnotherapy, a subject matter that tends to be shrouded in myth and misconception, and he champions the scientific approach within his work which has seen him work in hospitals (applying hypnosis for anaesthesia, with post-operative pain sufferers and with issues related to illness) and with dentists (including tooth extraction without anaesthesia, and for overcoming fears).