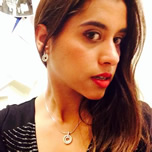 Dr Sophie Farooque was the first National Trainee in Allergy and completed her specialist training in allergy at Guy’s and St Thomas’ NHS Trust in 2006. At the end of her training she was awarded a prestigious Clinical Research Fellowship by the MRC to read for a PhD in the mechanisms of Aspirin-Exacerbated Respiratory Disease. In 2008, she was runner-up in the MRC Max Perutz essay competition and her article describing aspirin-exacerbated respiratory disease “The Cold That Never Goes Away” was published in the Guardian and in 2010 she received an international travel scholarship by the AAAAI to present her research. She started work as Clinical Lead in Adult Allergy at Imperial College Healthcare NHS Trust in May 2010 and now runs one of the largest drug allergy clinics in the UK. She is a long-standing member of the BSACI’s Standards of Care Committee which writes national allergy guidelines. She has appeared on national television and has been quoted in the press numerous times and also has produced a docu-film celebrating the life of Dr Bill Frankland, the “grandfather” of UK allergy who worked at St Mary’s until his retirement and after whom the allergy clinic at St Mary’s Hospital is named.