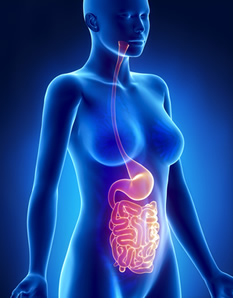 Inflammatory Bowel Disease has started to gain increased prominence in the past year, with cutting-edge research making national news and well-known faces in the public eye discovering that they are a sufferer. However, even after diagnosis, it can sometimes be difficult to understand exactly what having IBD means. What are the different types of IBD? Is IBS the same as IBD? Will I ever be cured? These are the questions many sufferers want to ask to further understand the condition. Family and friends of sufferers may also find the disease confusing, wanting to understand exactly what their loved one is going through. In addition, employers might be in the dark about what IBD means for their colleague when they want to offer support in the working environment.

To coincide with the launch of a brand new and revolutionary Institute – St. Mark’s Institute for Bowel Disease – whose purpose is to work towards a future free from the fear of bowel disease, Consultant Colorectal Surgeon at St Mark’s Hospital, Professor Sue Clark, has separated the myths from the facts when it comes to IBD and IBS, helping to clear up some common misconceptions people may have about the disease.

1. IRRITABLE BOWEL SYNDROME IS THE SAME AS INFLAMMATORY BOWEL DISEASE – MYTH!
“Although Irritable Bowel Syndrome and Inflammatory Bowel Disease are often categorised by similar symptoms (namely tummy pain and diarrhoea), the two are in fact very different. IBD is an inflammation of the gut and comes in two main forms – Crohn’s Disease and Ulcerative Colitis. I like to describe it as ‘eczema of the inside’ – similar to the skin disease, the things we are supposed to be protected from and tolerant to actually lead to inflammation. This intolerance frequently leads to the key symptoms of diarrhoea, blood in the faeces, and a cramping stomach. This is turn can lead to anaemia, lethargy and malnutrition. On the other hand, the inside of someone with IBS actually looks completely normal, with no inflammation. This is not to say their digestive system is working normally. Our digestive systems are made up of a complicated system of nerves and IBS is caused by a loss of coordination within this system and the way the bowel works. Therefore, sufferers of IBS have nothing structurally wrong but something functionally wrong. IBS is characterised by constipation and/ or diarrhoea, bloating and stomach pain.”

2. YOU CAN HAVE BOTH CROHN’S DISEASE AND ULCERATIVE COLITIS – MYTH!
“Crohn’s Disease is an inflammation of the digestive system, and can occur at any point within the system, whereas Ulcerative Colitis is only found in the colon and rectum. The two are categorised by the same symptoms meaning they are difficult to tell apart and must be diagnosed properly. This is done via an endoscopy and/or colonoscopy (a tube with a camera inserted into the throat or into the anus respectively). Biopsies are taken and imaging carried out to ascertain what is inflamed and whether there is active disease present.”

3. CROHN’S DISEASE HAS NO CURE – FACT!
“Both Crohn’s Disease and Ulcerative Colitis are chronic conditions. However, they can be well managed and kept under control using medication, with surgery as a secondary, but often necessary, resort. If, for example, Crohn’s Disease is found in the small bowel and this entire section is removed, the patient will technically no longer be a sufferer of Crohn’s Disease. However, in 80% of cases, Crohn’s Disease will reoccur in a different part of the bowel and it is unlikely a sufferer will ever be free from the disease.”

4. PEOPLE WITH CROHN’S DISEASE WILL ALWAYS REQUIRE SURGERY – MYTH!
“Although 80% of Crohn’s Disease sufferers will require surgery, 20% are able to keep their disease under control using medication. A third of people who suffer from Ulcerative Colitis require surgery.”

5. BOWEL CANCER AND IBD DISPLAY THE SAME SYMPTOMS – FACT!
‘The symptoms of IBD and Bowel Cancer are very much the same, categorised by blood in the stool, diarrhoea and stomach pain. Therefore, we can look to other factors to aid with diagnosis. Bowel cancer is traditionally a disease of older people, with most sufferers in their 70s and 80s. Therefore, if a patient displays the aforementioned symptoms for the first time when they are over fifty, we often suspect it may be a sign of bowel cancer. In the same vein, if a patient first displays symptoms in their teens, 20s and 30s, we often suspect thay are suffering from IBD. Similarly to diagnosing the difference between Crohn’s Disease and Ulcerative Colitis, the only way to accurately diagnose is through an endoscopy and/ or imaging.”

6. A BAD DIET CAUSES CROHN’S DISEASE – MYTH!
“Although certain foods may exacerbate symptoms, contributing to a flare-up, a poor diet does not lead to Crohn’s Disease. Many sufferers find they are sensitive to certain foods, particularly wheat, caffeine and dairy. Therefore, cutting these out of their diet may aid symptoms but it is does not cause the disease itself. Crohn’s disease is thought to be due to an abnormal interaction between the immune system and gut bacteria. Some inherited variations of the immune system seem to confer increased risk, but environmental factors that affect the bacteria living with us also play an important part.”

7. EVERYONE WITH CROHN’S DISEASE AND ULCERATIVE COLITIS HAS THE SAME TREATMENT – MYTH!
“Treatment of Crohn’s Disease and Ulcerative Colitis varies and there is no ‘one size fits all’ treatment programme. IBD is often treated with anti-inflammatory medication and immuno-suppressant drugs. However, there are variants to the treatment, dosage, and time scale. Depending on the severity of the disease a short-term aggressive treatment may be preferred, whereas some people with very mild forms of the disease may not take any drugs at all. This is because the adverse effects of taking drugs may outweigh the benefits. Therefore, each individual patient must be closely assessed on a regular basis, with blood tests and check-ups helping monitoring their active disease.”

8. YOU CAN CONTINUE TAKING YOUR MEDICATION WHILST PREGNANT – FACT!
“Although it depends on the specific drugs the sufferer of Crohn’s and Ulcerative Colitis is taking, usually patients can remain on their medication during pregnancy. This is because coming off medication and potentially risking a disease flare-up can cause more harm than the risk of taking the drugs themselves. This would need to be discussed on an individual basis with a doctor.”

9. IBD IS NOT GENETIC – MYTH!
“We do not know the exact cause of IBD, yet there is undoubtedly a hereditary element. The exact role that genetics play is also not known but the hereditary element can result in different immune sensitivity, partly explaining why some of us are more susceptible to inflammation of the gut than others”