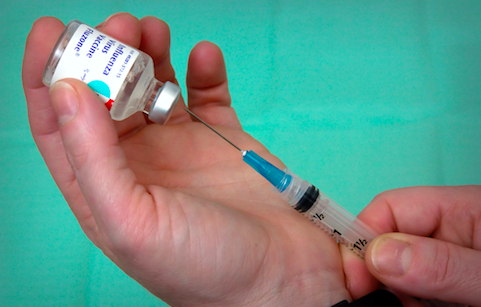 TO READ THE MOST UP-TO-DATE NEWS ON THE PFIZER/BIONTECH JAB, CLICK HERE.

In what might be the most positive piece of news this year, officials have finally announced that the Pfizer/BioNTech vaccine is ready to roll out - and that’s 95% effective at beating the coronavirus.

Experts have cautiously predicted that life could go back to ‘normal’ by next Spring, thanks to this game-changing jab. It’s an astonishing feat, considering that this virus didn’t exist (to our knowledge, at least) until a few months ago!

So, what is the vaccine, how’s it different from the other candidates and why is the UK so well-placed to administer it?

Who has made this vaccine?

Really, there are two drugs in the offing - one by Pfizer/BioNTech and the other from AstraZeneca/Oxford University. Pfizer’s jab is the one that’s got everyone excited, however, because it’s the first to reach 95% effectiveness without any serious side-effects in global trials - and it's ready to be administered.

BioNTech is a small company founded by two married German scientists and an Austrian oncologist. They came up the vaccine which was then developed by Pfizer.

The vaccine is a breakthrough. The latest phase 3 trials have involved more than 43,000 people, and have found no ‘serious safety concerns’ yet.

How does it work?

The vaccine, or BNT162b2 (to give it its catchy name) uses genetic engineering to harness cells to produce pieces of virus that then get recognised by your own immune system.

You get the vaccine jab. That jab carries a strand of something called ribonucleic acid (RNA) containing instructions on how to build the receptor on the virus’ surface. Once injected, this synthetic RNA enters the body’s cells and tells them to build proteins that look like the virus’ receptor surface.

Those floating receptors then trick the body into creating an immune response, creating antibodies. If you come into contact with the disease, your immune system will be primed to fight it off.

Of course, vaccines act on different people differently. Some people will, no doubt, be allergic to this new jab but we know that it is being vigorously tested and given that medically vulnerable people are high up the list, you can rest assured that health authorities won’t be willingly putting people at risk. It's also worth saying that the number of people who might experience an adverse reaction won't be any higher than that of any other vaccine.

It’s not clear yet whether the vaccine prevents infection or simply protects you against developing symptoms once you get infected (meaning that people wouldn’t end up seriously ill as a result).

Does it have any complications?

While the Pfizer/BioNTech jab comes with 95% efficiency, there are questions over the price and logistics.

The treatment has to be stored at -70C and that’s posing quite a lot of challenges. In the global south, many communities are without vaccine fridges which means that we’re potentially looking at a cure that excludes huge swathes of the world.

Even in the UK, the freezing element is a tricky one. The vaccine has to be transported in a suitcase-sized storage box packed with dry ice, and can then be kept in at fridge temperates of 2-8C for five days. UPS, FedEx and DHL will be handling the vaccines, all of whom have had to build new cold storage facilities. The UK Department of Health and Social Care has said that it’ll provide GP practices with an additional £150m to support the vaccine rollout in the coming months.

Are there any more vaccine contenders?

There sure are! The Health Secretary, Matt Hancock, has acknowledged that there may be logistical complications to rolling out the Pfizer vaccine but it's still set to be rolled out within weeks, if not days. Meanwhile, Oxford University is catching up, with its jab rumoured to be the one dished out to less vulnerable populations later on.

The US/German jab could cost ten times the amount of the home-grown version because of the need to keep it in dry ice. Should AstraZeneca/Oxford manage to get their version approved and ready to go, it may well prove to be the winning ticket. It costs £2.23 per dose compared to the £29.47 per double jab price ticket that Pfizer’s has.

Other vaccines currently in development include Novaxax, Moderna, Johnson & Johnson/Janssen, Sanofi/GSK and Valneva.

How many jabs has the UK bought?

The UK has bought 40 million of the Pfizer/BioNTech vaccine and 100 million of AstraZeneca/Oxford.

When are we being jabbed, then?

Hold on to your horses! Firstly not everyone is getting jabbed. You can read our guide to who’s getting vaccinated first here.

The government is suggesting that the most vulnerable people could be vaccinated as soon as next month, with GPs and other HCPs being trained to administer it. All in all, 20 million people are set to get jabbed, with a possible second rollout phase being conducted after to jab those of us who fall under the age limits at the moment.

Worried that it's come about too fast? Don’t be - it’s bureaucracy rather than corners being cut here.

To read more about coronavirus and other health topics, join as a TH+ member today.

The most inclusive, yet exclusive yearly online health membership, read our 5* reviews

Join us every Friday at 11:00 for a chat and brew over zoom