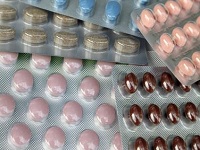 A new study has identified the cause of abdominal pain in patients with IBS. As a result of that insight, the researchers were able to make another breakthrough: that taking a medication commonly used to tackle the symptoms of hay fever may also reduce the symptoms of IBS.

It has long been known that people with IBS have extremely sensitive bowels, that this sensitivity has something to do with the abdominal pain that IBS sufferers experience, and that the bowel of a person with IBS contains more than the normal amount of a substance called histamine. This new research, conducted by a team at Belgian university KU Leuven led by professor Guy Boeckxstaens, has finally drawn the link between the hypersensitivity of IBS patients’ bowels and these increased histamine levels. They found that histamine (the substance produced in large quantities by IBS patients’ guts) impacts on a pain receptor called TRPV1, making that pain receptor hypersensitive in the guts of patients with IBS, and causing them to feel pain.

The researchers also found that blocking another receptor, called the histamine 1 receptor, prevents this sensitising effect, and thus stopping the abdominal pain that IBS sufferers often feel. This is where hay fever medication comes in: it is known that a substance called ebastine, commonly used in treating the symptoms of hay fever, does exactly that, preventing the triggering of the problematic receptors.

The researchers conducted a small trial to evaluate whether this hay fever drug would work as expected on IBS patients’ symptoms. They found that it did, with patients taking the drug reporting a significant amount less abdominal pain over a twelve-week period when compared with a control group. A follow-up study, testing the effectiveness of the drug on a larger group of IBS patients, is hoped to prove this link.