A dietary survey of patients with irritable bowel syndrome 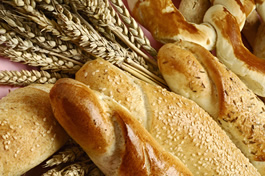 An article about how IBS sufferers can attribute their symptoms to food, and overly restrict food groups in their diet, leaving them open to possible nutrient deficiencies.

IBS is a chronic, potentially debilitating gastrointestinal disorder with an estimated global prevalence of 10–20%. More women than men tend to be affected in Western countries. IBS is currently diagnosed on symptoms and the frequency of their occurrence, including pain, abdominal distension, bloating, constipation and diarrhoea.

Food is one of the most commonly reported triggers of IBS symptoms. Many IBS patients associate one or more foods with the development of IBS symptoms and two-thirds are documented as restricting their diet. Foods most often implicated are wheat, milk, fructose, caffeine and certain meats, fatty foods, alcohol and spices.

A recent study surveyed 135 IBS patients by questionnaire on their perceptions of the role of diet in their symptoms. Participants were asked what foods they believed to cause or worsen gastrointestinal symptoms, whether they have made any dietary changes, and whether these changes resulted in symptom improvement. They were also asked whether and from whom dietary advice was received.

90% of IBS patients, compared with 55% of healthy subjects, thought that food caused or worsened their gastrointestinal symptoms. Cereal-based foods, mostly bread or its components, were the most frequently cited (53%), and spicy foods (40%), vegetables and fatty foods (36% for both) also featured prominently. A significantly greater number of patients with IBS reported changing their diet to minimise symptoms compared to healthy subjects (88% vs. 46%). Milk products (10%), fruit (7%), and vegetables (5%) were the most commonly restricted whole food groups. Only a small number of IBS patients sought professional healthcare advice, possibly exposing a considerable number to increased risk of nutritional deficiency.
Food intolerance has long been seen as a contributor to IBS, and poorly absorbed carbohydrates, such as fructose, lactose, sorbitol and other sugar alcohols have been the subject of considerable investigation. This has led to the use of a low-fermentable oligo-, di- and monosaccharides and polyols (FODMAP) diet, which is showing some promise in IBS symptom control. The low-FODMAP diet entails excluding foods containing significant amount of FODMAPs for eight weeks, under the guidance of a dietitian, who will ensure nutritional adequacy of the diet during this period and will oversee the gradual re-introduction of these foods back into the diet.