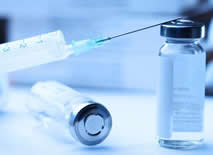 The government should act immediately to end the serious future health risks facing boys from some of the UK’s fastest growing cancers, says HPV Action. HPV is commonly known to be the primary cause of cervical cancer in women, but it is also a real and rapidly growing health threat to UK men.

Today, 4 February 2014, is World Cancer Action Day. The USA, Australia, and some Canadian provinces now offer the HPV vaccine to boys – but the UK restricts access to the cancer-preventing vaccine to girls. A recent YouGov poll asked whether boys should be offered the same free HPV vaccine as girls. A resounding 64% of the 1,336 UK parents polled were in agreement, with only 11% disagreeing and 25% not knowing.[ii] HPV Action estimates that extending the vaccine to 367,000 currently unprotected 12-year old boys will cost the UK government just £24 million a year.[iii]

As well as calling on the government to act, HPV Action is urging members of the public to write to their MPs and sign a new online petition calling for Health Secretary Jeremy Hunt MP[vi] to act on the issue. Many MPs are already backing the call for change; Sir Paul Beresford, MP for Mole Valley, on the 13th January 2014 raised the issue in Parliament and said that “The number of annual cases of HPV-causing cancers in men is rising significantly…The burden of HPV-associated cancers is now almost the same on men as it is on women… It is not fair, ethical or socially responsible to have a public health policy that leaves 50% of the population vulnerable to infection”[vii] Furthermore last year, 59 MPs signed an Early Day Motion seeking gender-neutral vaccination.[viii]

Peter Baker, HPV Action’s Campaign Director said: “For a cost equivalent to footballer Cristiano Ronaldo’s salary, about £24 million a year, we can protect 367,000 boys a year against the future risk of a range of cancers as well as the very common problem of genital warts. Vaccinating girls alone is not enough to tackle HPV: men can still get the virus HPV from unvaccinated women from the UK and other countries or from other men. It is simply unfair to deny boys in the UK the same level of protection as girls or as boys in Australia and other countries where both sexes are now routinely vaccinated. HPV vaccination is one of the easiest ways of preventing cancer.”

The current programme of vaccinating girls only is based on the premise of protecting them from cervical cancer, of which there are approximately 3,000 cases a year. But the policy fails to consider the thousands of cases of HPV-related cancers in other sites, which tend to predominate in men.

HPV Action argues that introducing a vaccination programme for both sexes would also save money in the long run. The costs of treating nine major HPV-related diseases in Italy are an estimated £437 million a year[ix]; the economic burden of HPV-related cancers in France is about £198 million.[x] The cost of treating genital warts was almost £17 million in England in 2008.[xi] The cost of treating RRP (recurrent respiratory papillomatosis) has been estimated at £4 million a year in the UK (about 600 boys and men in the UK live with this rare but very unpleasant breathing disorder caused by HPV).[xii]

Cancer is a terrifying prospect but the cancers caused by HPV are easily preventable through vaccination. By not protecting boys, and the men they become, we are unfairly leaving the burden of eliminating a virus that affects both sexes to women. A gender-neutral virus requires a gender-neutral vaccination programme.