Soothe your stress with adaptogens 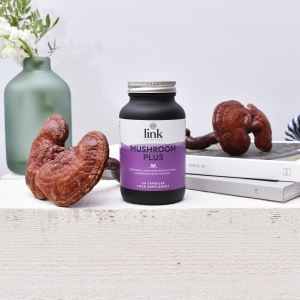 If you’re stressed or anxious, you may be tempted to reach for the Xanax or wine bottle. Both are valid short term treatments but they’re also addictive and not always the best medicines for staying conscious and productive!

But nature has another line of treatment: adaptogens.

Adaptogens supposedly help the body to adapt to environmental and psychological stresses. You may have heard of plants like ashwagandha and maca.

Maca is an ultra-nutritious (high in iron, copper, vitamin C, potassium, vitamin B6 and manganese) plant native to Peru where it’s been used traditionally to enhance fertility and sex drive and improve energy and stamina. Oh, and according to a study published by the National Centre for Biotechnology Information, it’s also been associated with reduced anxiety and symptoms of depression - especially in menopausal women. That’s because the plant is packed with compounds called flavonoids which are known to aid antidepressant-like activity.

Ashwagandha, on the other hand, is commonly used by people suffering from adrenal fatigue, stress and hormonal issues linked to chronic anxiety.

One of the most important herbs is Ayurveda, it’s been used for over 3,000 years to relieve stress, increase energy levels and improve concentration.

Studies have shown that supplementing the herb can help to reduce cortisol levels - the stress hormone that your adrenal glands release in response to stress.

Cortisol is essential for everyday life. It’s the stuff that gets us up out of bed, fires us up for that morning jog or stimulates butterflies ahead of an important interview which helps us to feel switched on. If, however, you suffer from chronic stress, that cortisol button never gets switched off. It’s also released when blood sugar gets too low so if you have too much cortisol circling around, it can lead to elevated blood sugar levels and increased belly fat.

One 2008 study found that chronically stressed adults who supplemented with ashwagandha significantly reduced their cortisol levels compared to the control group, with those taking the highest dose reducing their level by a whopping 30%.

But it’s not just herbs that can have these magical anti-stress responses.

Mushrooms are also adaptogenic because they support the nervous, endocrine and adrenal systems. If you’re running on red, mushrooms can help to rebuild your strength.

Reishi mushrooms are known to be calming and relaxing - helping us to drift into a deeper, more restful sleep. As well as being antimicrobial, anti-inflammatory and great for heart, liver and kidney health, reishi mushrooms are famed for enhancing our ability to adapt and handle any curve balls thrown at us.

Cordyceps are also known to be stress-relieving. You can get most medicinal mushrooms in powder form and cordyceps powder is especially good in coffee - brilliant if you’re prone to getting the jitters after a cup.

Lion’s Mane is known as the shroom that gives you ‘nerves of steel and the memory of a lion’. Who wouldn’t want that - in normal times or during a pandemic? It’s known to help with brain fog, memory loss and anxiety and depression. While there have been few human studies, quite a few bits of animal research have found that lion’s mane extract has anti-inflammatory effects that reduce symptoms of anxiety on mice.

A small study on menopausal women also found that eating cookies containing lion’s mane mushrooms every day for a month reduced self-reported feelings of irritation and anxiety. Maybe you can blame that improvement on eating a delicious cookie alone…but given that lion’s mane has been used in Chinese medicine for thousands of years, it doesn’t seem unreasonable to suppose that the shrooms played a role.