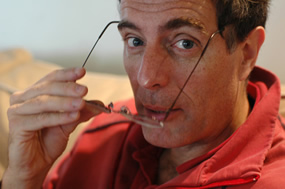 The results of a new study suggest that there may be a link between psoriasis and sexual dysfunction in men. According to the study, 53% of men with psoriasis reported experiencing erectile dysfunction, compared with a rate of 40% in a control group of men without psoriasis.

The study also found that the prevalence of sexual dysfunction in men with psoriasis is even greater for those who suffer with other conditions such as diabetes, high blood pressure and depression, which are also known to have links with psoriasis. As the study’s authors point out, this may indicate that one way for men with psoriasis to manage any sexual difficulties they have would be to take steps to maintain healthy levels of blood pressure, cholesterol, and blood sugar, and to be screened (and treated where appropriate) for depression. In Dr Ji’s words, men who suffer from psoriasis and sexual dysfunction “must pay attention to their blood pressure, blood lipids, glucose level and psychological state”.

The study’s authors have pointed out that the research does have a couple of limitations – a small sample size, and the fact that the men were self-selecting, meaning that they may have been more likely than the average man to talk about sexual problems, for example. Nonetheless, the results have been said to add to a growing body of evidence that psoriasis and sexual dysfunction are linked. One explanation for the link is that many men with psoriasis are obese or have particular cardiovascular conditions that restrict blood flow throughout the body, including to the penis. It has also been noted that psoriasis can develop on the penis itself, which could also contribute to sexual dysfunction.