Causes and triggers of rosacea 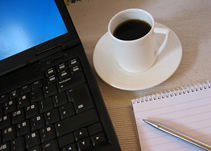 It is not yet known what causes rosacea to develop in some people. For some genetics may be the cause, for example you may be more likely to get rosacea if one of your parents has the condition. Some evidence has also suggested links between certain bacteria found on the skin and common mites also found on the skin.

There is no clear evidence to suggest that any one or all of these issues causes rosacea; for some they may simply be prone to the condition.

It is widely accepted that are certain triggers that can cause a flare-up or worsen rosacea symptoms. These vary greatly from person to person, however it may be helpful to keep a diary of possible triggers to help avoid future flare-ups.

Below is a list of some common triggers which people living with the condition have found can trigger flare-ups. Again these will vary depending on the person – you may find that you can relate to many or just a few triggers. However they are worth keeping in mind when you are trying to control your rosacea symptoms.

There are a variety of trigger factors that may make rosacea worse; sometimes it can be difficult to separate out what may be the trigger or if several things may be acting as a trigger. Some people find eliminating one thing at a time is helpful in order to see if this makes a difference to their rosacea symptoms. Alternatively, eliminating a few possible triggers then bringing one back in slowly may be a useful way to see if the symptoms worsen or reoccur.

It is worth noting that the term ‘acne rosacea’ has previously been used to describe rosacea. This is no longer widely used as a label as it has been found that rosacea is unrelated to acne.

Sources of evidence available on request.