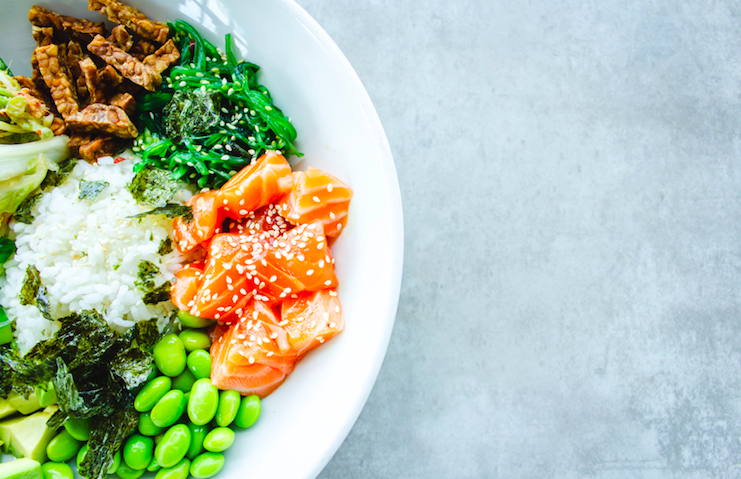 Despite the fact that so many of us impose restrictive eating patterns on ourselves, we're still an overweight nation - something that PM Boris Johnson is keen to address. Since recovering from Covid-19, he's been on a mission to help Brits slim down as he's convinced that his own weight played a role in the severity of his illness.

As a result, the government has unveiled a 12-week plan to help beat the UK’s obesity crisis. The ‘Better Health’ campaign is going to see calories being added to restaurant menus, a 9pm watershed for junk food adverts being introduced and an end to ‘buy one get one free’ offers on unhealthy foods.

It also focusses on getting people moving, with plans in place to extend cycling lanes and provide vouchers for bike MOTs.

But do these plans go far enough, or indeed seek to tackle the root cause of obesity? Probably not.

We all know that diets simply do not work - if they did, the diet industry wouldn't exist. We'd all be slim and there'd be no need for special programmes, supplements or government initiatives. Much of the rhetoric around weight loss involves shaming people into losing weight. The diet industry rakes in millions every year by providing short term solutions that trap people in a cycle of losing and regaining weight. It’s not in its interest to seriously educate people about the psychological causes or potential metabolic issues that fuel their weight gain.

We know that weight loss isn’t the simple equation of calories in < calories out. Women with polycystic ovarian syndrome, for example, may find themselves gaining body fat because of insulin resistance and uncontrolled cortisol – something which holistic practitioners have become adept at treating with lifestyle modifications. Those living with chronic issues like fibromyalgia may find that standard forms of exercise are simply too painful to engage in and therefore find themselves staying static for hours or days at a time. IBD patients have a complicated relationship with diet as too much fibre can trigger flare-ups; as a result, many may have been brought up to avoid fruit and vegetables in favour of easy-to-digest, simplistic carbs and sugars.

At talkhealth, we spend a great deal of time talking about long-term health issues and weight is no different. It’s not good enough to provide people with overly simplistic advice – they need to be able to make lifestyle changes that can be practiced for years to come and which complement their unique health journeys.

It makes more sense to subsidise gym memberships and make leisure centres more accessible to those who have disabilities or invisible illnesses than it does to offer cheaper bariatric surgeries on the NHS. We’re absolutely not against people having those kinds of weight-loss interventions but we’re also calling for a proactive rather than reactive approach to the situation. Rather than putting yet another generation at risk of developing eating disorders by talking about calories, why not invest in properly accessible mental health support for people struggling with their weight?

Coronavirus has proven just how vulnerable many of us are; according to government figures, nearly 8% of critically ill patients in ICU have been morbidly obese. Over on the continent, the European Centre for Disease Prevention and Control says that 73% of critically ill patients in Italy, Spain, Sweden, Switzerland and the Netherlands have been also obese. It’s clear there’s a correlation between weight and disease impact.

That’s obviously a problem. In the UK, almost two-thirds of adults are overweight and one in three children leaves primary school overweight or obese. Obesity-related illnesses cost the NHS a whopping £6 billion a year – and that’s without the added coronavirus bill.

Clearly we do need a government-led initiative to help the public lead healthier lives but we can’t kid ourselves that the solutions are simple.

Weight is an emotional issue and the vast majority of us have an emotional attachment to the way in which we eat. To ignore that fact is to admit that you have no intention of helping the nation become more trim.

That's why we at talkhealth are in the process of launching mybody – a new support programme designed to help our community to develop a healthier relationship with their bodies. While covering diet and exercise, we’ll also be discussing the mental health side of weight, how chronic conditions can impact on our body image and techniques for achieving greater body positivity.

We know that you want better support to live a healthier life and that you don't need to be told the obvious. We also know that many of you live with complex healthcare needs and that standardised weight loss advice isn't going to cut it.

We'd love to hear any thoughts you have on this subject - whether you've got ideas for the support programme, things you'd like to see us discuss around weight or generally just want to share musings on the government's proposals. Tweet us (@talkhealth), comment or email info@talkhealthpartnership.com.