Psychology and weight - it's all in the mind? 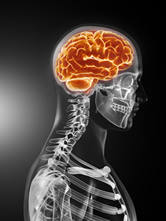 If you’ve ever lived with an eating disorder then you will appreciate that food and the mind is a complex phenomenon. Whether a person is over or under weight, the psychological effects of food and weight can include lowered self-esteem and anxiety, as well as depression.

Mood is affected by eating patterns. Many of the nutrients in food affect the emotional centre of our brain and reducing these nutrients or affecting their balance can have an adverse effect on mood. Under-eaters may generally feel depressed, low, and prone to being easily irritated or enraged.

Newspapers, magazines, billboards and TV are all geared towards thin and sexy looking men and women with what appear to be perfectly proportioned bodies. What has come to light in recent years is that many of these images have been adapted and altered using computer technology to make them thinner, taller, more in proportion etc. As a result, obese or overweight people may be looked down upon, and people who are too thin may be sneered at. The media has been singled out recently as having a major role to play in influencing young men and women negatively with regard to the increase in eating disorders such as bulimia, binge eating and anorexia. However, on the flip side, the media can also play a useful role in health promotion and prevention of conditions such as eating disorders.

It’s no surprise that a large proportion of the population has body image issues and can feel bad about themselves, particularly if they don’t fit the stereo-typical ‘perfect’ body. It would seem that the media isn’t the only influence on the ideal body image. Dieting behaviours spring from an epidemic of low esteem, stress, guilt and depression about having a body that falls short of the cultural ideal. Dieters often believe that they look bad, and that this will affect their ability to get a good job or attract members of the opposite sex unless they are thinner. This is not a completely inaccurate assumption as research shows that overweight women can suffer in a number of important respects. They are less likely to be accepted into higher education, they have lower salaries, they are less likely to date in adolescence and are less likely to be married in adult life. Conversely, graduate career women are more likely to feel guilty about eating than any other target group.

Individuals who are overweight or obese, often report body image concerns and lower self-esteem. You don’t necessarily have to be overweight or obese to get into psychological difficulties with eating. Eating food is sociable and pleasurable, and a time for couples, families and friends to chew over the day’s events. Food is also used as an emotional comforter when feeling stressed. As a result this sort of comfort eating can lead to a vicious circle and so the downward spiral begins where people then feel even worse about themselves, triggering further comfort eating and more weight gain. Dieters are more likely than non-dieters to turn to food when they are emotionally anxious or depressed. This phenomenon is created by dieting itself.

Controlling the psychological issues associated with weight gain and weight loss is more than half the battle of maintaining a healthy weight. The optimum way to lose weight is slowly.

There are a number of ways in which people with weight issues can gain support for the emotional side of the condition such as hypnosis sessions, counselling, weight management courses, slimming clubs and dietary advice. Reducing body-related emotions may have important implications for improving self-esteem in clinical weight management.

Research regarding diet and mental health is still developing so it is not possible to draw any firm conclusions. The evidence does suggest that it is worth trying to follow a healthy diet in order to protect mental health and mood.

Best practice is to: