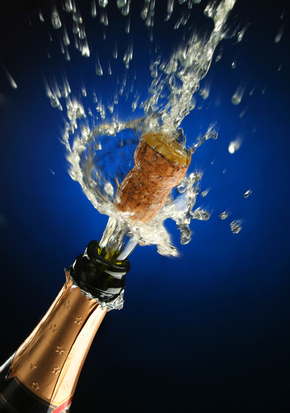 Drinking a moderate amount of alcohol as part of a healthy lifestyle may benefit women’s bone health, lowering their risk of developing osteoporosis.

A new study assessed the effects of alcohol withdrawal on bone turnover in postmenopausal women who drank one or two drinks per day several times a week. Researchers at Oregon State University measured a significant increase in blood markers of bone turnover in women after they stopped drinking for just two weeks.

Bones are in a constant state of remodeling with old bone being removed and replaced. In people with osteoporosis, more bone is lost than reformed resulting in porous, weak bones. About 80 percent of all people with osteoporosis are women, and postmenopausal women face an even greater risk because estrogen, a hormone that helps keep bone remodeling in balance, decreases after menopause.

Past studies have shown that moderate drinkers have a higher bone density than non-drinkers or heavy drinkers, but these studies have provided no explanation for the differences in bone density. Alcohol appears to behave similarly to estrogen in that it reduces bone turnover, the researchers said.

In the current study, published online today in the journal Menopause, researchers in OSU’s Skeletal Biology Laboratory studied 40 early postmenopausal women who regularly had one or two drinks a day, were not on any hormone replacement therapies, and had no history of osteoporosis-related fractures.

�Drinking moderately as part of a healthy lifestyle that includes a good diet and exercise may be beneficial for bone health, especially in postmenopausal women,� said Urszula Iwaniec, associate professor in the College of Public Health and Human Sciences at OSU and one of the study�s authors. �After less than 24 hours to see such a measurable effect was really unexpected.�

This study is important because it suggests a cellular mechanism for the increased bone density often observed in postmenopausal women who are moderate drinkers, Turner said.

The researchers said many of the medications to help prevent bone loss are not only expensive, but can have unwanted side effects. While excessive drinking has a negative impact on health, drinking a glass of wine or beer regularly as part of a healthy lifestyle may be helpful for postmenopausal women.

�Everyone loses bone as they age, but not everyone develops osteoporosis,� Turner said. �Being able to identify factors, such as moderate alcohol intake, that influence bone health will help people make informed lifestyle choices.�

The study was funded by grants from the National Institutes of Health and the John C. Erkkila, M.D. Endowment for Health and Human Performance.