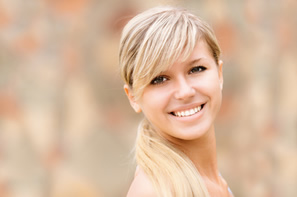 In some states of the USA, new tablets filled with cannabis have gone on sale as treatments for period pain. The tablets – which are designed to be used as suppositories inserted into the vagina – are now available in the states where the sale of cannabis has been made legal, such as California.

Under the trade name FORIA Relief, the capsule is similar in shape to a tampon, and is being sold in packs of four for $44, or around £30. Its makers claim that it is safe and able to harness the ‘powerful medicinal properties’ of cannabis without delivering any kind of ‘high’, thanks to ‘modern extraction techniques’. Each tablet contains 60mg of THC and 10mg of cannabidiol, two of the active ingredients in most recreational and medicinal forms of cannabis. These ingredients interact with nerve endings around the uterus, cervix, and ovaries, blocking the mechanisms that cause the inflammations associated with the most common forms of period pain (also known as dysmenorrhoea).

Some women who have tried the product seem to think that it has worked, but many will remain put off by the fact that the product has not yet been evaluated by the FDA (the Food and Drug Administration, the USA’s principle regulatory body for drugs). As frequent talkhealth collaborator Dr Helen Webberley told the Huffington Post, the lack of FDA approval is significant, since it means that the tablets haven’t been tested as medications and are instead based simply on the ‘assumption’ that ‘as cannabis can cause muscle relaxation, it may help to ease period pains’. Dr Webberley went on to say that she ‘would be very worried about women using this product before it has been fully evaluated’.

Since cannabis remains illegal in the UK, it is unlikely that FORIA Relief or anything similar will be available in the UK anytime soon.