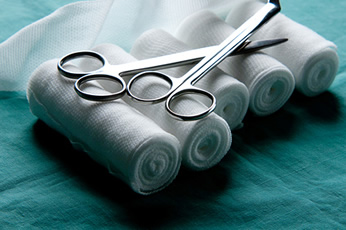 The government’s fertility and human tissue regulators will continue as separate bodies following an independent review.

The Department of Health (DH) had considered transferring the functions of the Human Fertilisation and Embryology Authority (HFEA) and Human Tissue Authority (HTA) as part of the government’s commitment to cut the number of arm’s length bodies.

But following a consultation on this last year, a review commissioned by the DH has now concluded that they deliver effective regulation and achieve high levels of public and professional confidence.

Justin McCracken, who led the review, found there was little overlap between the two organisations and rather than merging them it would be more efficient to cut red tape and merge back-office functions.

Accepting all 18 recommendations of the McCracken review, Ms Soubry said:
I am very grateful to Justin McCracken for this very important review of specialist regulators and for making such clear and considered recommendations.

I’m pleased to say we’ve accepted his recommendations which will ensure the HFEA and HTA continue to provide effective and expert regulation in complex and sensitive fields, but as efficiently as possible in line with this government’s aim of reducing bureaucracy.

The HFEA is the UK’s independent regulator responsible for overseeing the use of gametes and embryos in fertility treatment and embryos in research. It licenses fertility clinics carrying out in vitro fertilisation (IVF) and other assisted conception procedures.

The HTA regulates organisations that remove, store, use and dispose of tissue for purposes including research, medical treatment, post-mortem examination, teaching and display in public. The HTA also gives approval for organ and bone marrow donations from living people.

DH will now begin implementing other recommendations for government, including a review of human tissue legislation.