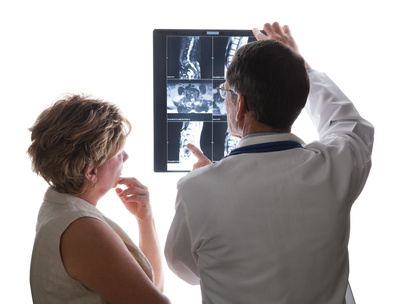 If you are already taking moderate amounts of calcium, increasing it will not lower your risk of osteoporosis or fractures when you are older, researchers from Uppsala University in Sweden reported in the BMJ (British Medical Journal).

As we get older our bones lose some of their calcium content, thus increasing our risk of developing osteoporosis and/or having fractures. Women are more susceptible than men. Not only does this cause considerable suffering, it also takes up a sizeable chunk of health care spending.

As people are living longer, Dr Eva Warensjö and team say this burden will grow in the years to come. Reducing the risk of fractures and osteoporosis has become a major public health issue.

The authors explain that there is still no clear advice on calcium intake. The debate on whether increased calcium intake might compensate for loss of calcium is still ongoing. Recommendations for the over 50s vary considerably around the world - authorities in the UK recommend 700mg per day calcium intake, while in the USA it is 1,200mg and in Scandinavia 800mg.

The researchers set out to determine whether long-term dietary calcium intake might impact on fracture risk. They gathered data from a large population study of Swedish females - the Swedish Mammography Study - which had been done in 1987. It involved 61,433 women born between 1914 and 1948. 5,022 of them took part in a smaller sub-research group. They were all followed-up for 19 years.

With the aid of a series of questionnaires, they gained in-depth knowledge of the women's changing diet. The authors focused on their calcium intake and their use of multivitamins and supplements.

The researchers found that those who had been consuming approximately 750mg of calcium per day had the lowest risk of fracture. Those who started having more calcium (than 750mg) over time did not experience any improved risk, the authors added.

In fact, some evidence exists suggesting that perhaps a very high calcium intake may result in a greater risk of hip fractures. However, the authors advise readers to interpret this evidence with caution.

The authors concluded: "Gradual increases in dietary calcium intake above the first quintile in our female population were not associated with further reductions in fracture risk or osteoporosis."