Author: Sarah Knox, PhD, Epidemiologist and Professor in the Department of Community Medicine and lead author of the study Date: Mar 2011 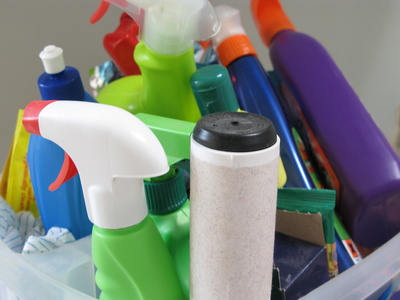 West Virginia University Department of Community Medicine found that women with high levels of an environmental chemical are at increased odds of having experienced menopause earlier in life than those with lower levels.

Perfluorocarbons (PFCs) are manmade chemicals that are used in a variety of household products, including stain repellants and waterproofing found in food containers, clothing, furniture, carpet and paint. Because of their widespread use, PFCs are also found in water, air, soil, plants, animals and humans.

“PFCs are toxins that shouldn’t be in our bodies in the first place, but 98 percent of people tested have measurable levels of PFCs in their blood,” Sarah Knox, PhD, epidemiologist and professor in the Department of Community Medicine and lead author of the study, said.

The study included 25,957 women ages 18-65 in eight water districts in the Parkersburg area. Researchers found a significant association between high PFC levels in the blood and an early onset of self-reported menopause as well as low estrogen levels. However, the causality is still unclear.

“If the PFCs are causing early menopause, then those women are at an increased risk for heart issues. If they aren’t, there are still toxins accumulating in the body that shouldn’t be there,” Dr. Knox said. “Either way, it’s bad news.”

The next step, Knox said, is to determine an estimated age of menopause and to conduct a population-based study to figure out the causality.

In the meantime, Knox said there are things that people can do to reduce their exposure to PFCs:

The study, “Implications of Early Menopause in Women Exposed to Perfluorocarbons,” will appear in the June issue of the “Journal of Clinical Endocrinology and Metabolism,” the world’s leading peer-reviewed journal for endocrine clinical research and cutting-edge clinical practice reviews.