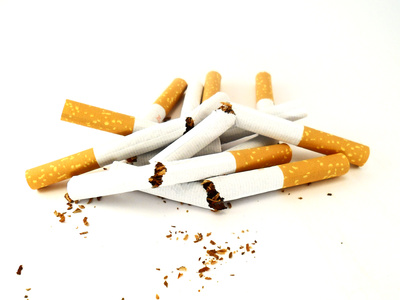 Women from the lowest social class are almost three times as likely to have premature ovarian failure (POF) as those from the highest social class, a researcher told the annual conference of the European Society of Human Reproduction and Embryology today (Wednesday). POF is not only associated with infertility but also with significantly increased morbidity and mortality, as well as a decreased quality of life equivalent to that of people with type 2 diabetes or rheumatoid arthritis, said Dr. Rumana Islam, from Imperial College, London, UK.

Previous studies of POF, defined as the onset of menopause before the age of 40, have assessed the small group of women who seek hospital care, and therefore there is little information about the risks and impacts of POF across a whole population, Dr. Islam explained. With her colleague Dr. Rufus Cartwright, she studied the records of nearly 5000 women who formed part of the 1958 Birth Cohort. “This included all the women born in Britain in a single week,” explained Dr. Islam. “They have been followed up eight times, most recently at age 50, when they were asked about the date and cause of their menopause and also their quality of life.”

Out of the 4968 study participants, 370, or 7.4%, had either spontaneous or medically induced POF. In addition to the influence of social class, there was a strong independent association with smoking. Quality of life was measured using the SF-36 health survey, which produces a profile of physical and psychological health and well-being in eight areas. Women with POF were more than twice as likely to report poor quality of life, and this effect was not eliminated by taking confounding factors such as smoking, obesity, and physical exercise into account. “There was also a profound impact on quality of life 10 years after POF, affecting vitality, physical function, mental health, and general health perceptions. However, social function was unaffected,” said Dr. Islam.

POF is characterised by amenorrhea (the absence of periods), infertility, and sex steroid deficiency leading to menopausal symptoms in women aged under 40. Almost 20% of the women in the study who had undergone POF had done so as a result of early removal of the ovaries and/or hysterectomy, or as a consequence of chemotherapy. “While hysterectomy has become less common over the last decade, our findings reinforce the recommendation that it should be a last resort for menstrual disorders, and that oophorectomy should be avoided in younger women,” said Dr. Islam.

The researchers say that they have shown, for the first time, in a large cohort, the huge unrecognised physical and psychological burden of women among the general population with POF. “This suggests an immediate need for primary care practitioners to screen for POF in women who present with amenorrhea before the age of 40,” said Dr. Islam.

The average age at which women reach menopause is similar across different ethnic groups, and comparable findings are likely from other Western nations, the researchers say. “Socioeconomic influences on health are pervasive, but often hard to disentangle,” said Dr. Islam. “Based on these data we can only speculate as to what they are, but the effect might be due to an unaccounted for environmental effect. Despite the availability of universal health care throughout these women’s lives, there might also be differences in access to health care or differences in health behaviours.

“However, our data provide a clear rationale for the management of POF symptoms by healthcare providers. We believe that women with POF can benefit from multidisciplinary specialist care, including support for their significant psychological and physical symptoms. Their long-term health needs should also be considered. Our study has shown POF has a major impact on the quality of life of a significant section of the population, and it needs addressing urgently,” she concluded.