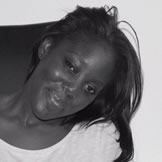 Natasha began her career working with young offenders through the charity Nacro. During this time, she gained a Postgraduate Certificate in Sexual Health Studies at the University of Birmingham, and began work for Brook Advisory Clinic as an information worker.

Concentrating again on work with young people, Natasha went on to serve as a pregnancy counsellor at Brook, increasingly also offering general counselling to clinic attendees. During this time she undertook formal counselling training, and began working on a voluntary basis for the Rape and Sexual Violence Project, the only specialised sexual violence service in Birmingham and Solihull.