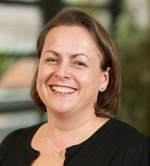 Having trained in 1986 Philippa initially worked in the field of Nephrology, dialysis and transplantation before moving to a post as Urology Nurse Practitioner at Addenbrookes Hospital in Cambridge in 1996. Here she helped to set up the Urology service. Setting up and running nurse led clinics and developing innovative new services, such as Erectile dysfunction, Elevated PSA and LUTS clinics. Developing the intravesical chemotherapy and immunotherapy service. In 2000 set up and Ran the Urology Course at Homerton College Cambridge. Philippa stayed in Cambridge until she married and moved to Basingstoke in 2003.

Here her role has developed and she now leads the Urology Nursing team in Basingstoke. Clinically her practice has become specialised to men with Prostate cancer seeing new and follow up patients at all stages of their journey. She performs Transrectal ultrasound guided biopsies of the prostate. She has an active role teaching and lecturing locally and nationally and internationally and has been part of the national cancer peer review team. In 2007 was re elected to sit on the Council of the British Association of Urological Nurses where she chairs the Professional Development and Education sub group.