My battle with acne 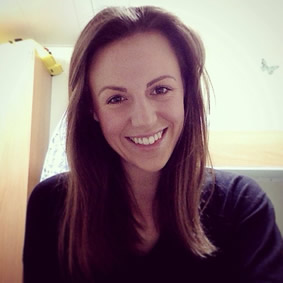 My name is Hannah and I’m 23. My battle with acne started when I was 13 and ten years later, although it is much less severe than it was in my teens, it is still something which effects my life very single day. Just as I turned 13 I started getting a lot of under the skin spots, mainly on my forehead and t-zone. I went to the GP who simply told me it was all part of being a teenager and that it would calm down eventually. When things only got worse I returned to the GP who put me on a course of antibiotics, as well as some topical creams. These helped slightly but my acne was still really bad and and the mental side effects were taking over my life. I would desperately try and cover my spots with make up but it almost made it look worse! I felt ugly, embarrassed and there were many days where I found it hard to get myself out of bed. I couldn’t bear to look in mirrors or have photos taken and I would often make up excuses to avoid social events because I simply felt too ugly to leave the house.

I wasn’t getting the support I needed from my GP and so my Mum insisted that I was referred to a consultant dermatologist. Both of my cousins had suffered with acne and it was my Aunt that recommended that I take this next step. The doctor could not have been nicer. She was so understanding and caring and her attitude couldn’t have been more different from that of my GP. She discussed the treatments we would try and after a few months of no improvement she suggested that I go on Roaccutane. Roaccutane is a drug which has received a lot of bad press due to it’s links to depression and so it is usually it is one of the last options in the treatment of acne. The way I saw it, I couldn’t feel any worse than I already did and so a drug that may clear my acne was only going to make me feel better.

I was on roaccutane for 9 months when I was 16 and despite the inconvenience of monthly urine tests and blood tests, as well as an endless battle with dry lips I can honestly say it completely changed my life. After 9 months on the drug my skin was perfect. For about a year after I finished taking it I barely had a spot on my face. I felt like the biggest weight had been lifted from my shoulders and the grey cloud that had surrounded my life for 3 years just disappeared.I felt like myself again.

For the next few years I had breakouts but nothing more than any of my friends and nothing out of the ordinary. I had a few trips back and forth to my dermatologist and she prescribed some topical treatments which helped control the breakouts. However for the last year or so I found that they were becoming more regular and those old feelings of insecurity and unhappiness were creeping back in. I had some blood tests and after this an ultrasound of my ovaries which revealed that I had a condition called polycystic ovary syndrome. It it quite common in women and can affect fertility but what was more apparent to me were the side effects…. There was a delightful list consisting of possible weight gain, growth of excess facial hair and of course you guessed it: acne! So just as I had got over the trauma of my battle with teenage acne I was diagnosed with a life long condition which had it as a side effect. I knew I couldn’t bear to battle with my skin as I did as a teenager and so I have booked to go back to my dermatologist and plan the best way forward from here…..

People who don’t have acne don’t understand. It is not just ‘having spots’ it is a feeling of losing who you are. That may sound dramatic but certainly for me, that’t true. It can make you feel isolated, depressed and unable to go on with your daily life and I don’t believe that anyone should have to feel like that. If you are suffering with acne know that there is help out there and that there is very likely to be a treatment that will work for you. It’s important that you go to your GP and if that doesn’t work then ask to be referred to a dermatologist who can help you have the best chance at treatment. Also it’s important to be patient. No treatment will work over night and as I know it can be months and often years before your acne clears up.

No one is perfect and there are very few people who NEVER get spots, but you don’t have to be someone who will ALWAYS have acne. I am speaking as someone who knows what it’s like,someone that still worries about their skin every day but most importantly as someone who has come through the other side and is well on the way to having their acne pretty much under control. I hope my experiences can help others and if nothing else just reassure someone who feels at their absolute lowest that things will get better and there is a life after acne.

The information above may have been supplied by companies who have paid to promote here; if so the company will be listed. Your Story pages are written by individuals who have volunteered their personal stories. talkhealth does not endorse any specific products, brands or treatments and cannot vouch or verify any claims that the authors have made. talkhealth cannot provide any advice on whether a particular product or treatment is suitable. If you are in any doubt about any of the products you read about, we advise you to either contact the company concerned or seek medical advice before changing your treatment routine.

Find out more about our free programme to help with your menopausal symptoms.

Visit our women's health forum to talk to others about conditions that affect women.

Go to our charity pages to find additional support

Check out these useful links to help manage your health