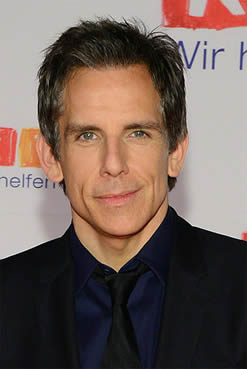 Early last week, Hollywood actor Ben Stiller revealed to the world that he had only two years ago been diagnosed with prostate cancer. In a blog post he shared with his 5.2 million twitter followers, he described the journey he took from receiving his shock diagnosis at the age of 46, to being told months down the line that he was free from cancer.

"I got diagnosed with prostate cancer Friday, June 13th, 2014. On September 17th of that year I got a test back telling me I was cancer free. The three months in between were a crazy roller coaster ride with which about 180,000 men a year in America can identify." During a routine check-up with his General Internist (medical practitioner who specialises in the prevention, diagnosis, and treatment of adult diseases), Stiller received a prostate examination which identified a tumour which had been growing for approximately five years. His General Internist, despite recommendations from the American Cancer Society which state that men should only receive prostate examinations at the age of 50, ran a few extra checks as a precaution – tests which evidently saved Stiller’s life.

In males in the UK, prostate cancer is the most common type of cancer, with 1 in 8 men being diagnosed with prostate cancer during their lifetime. Although prostate cancer is usually seen in men over the age of 50, it is not unheard of for younger men to be at risk. Stiller went on to describe the moment he was given his diagnosis, "As my new, world-altering doctor spoke about cell cores and Gleason scores, probabilities of survival, incontinence and impotence, why surgery would be good and what kind would make the most sense, his voice literally faded out like every movie or TV show about a guy being told he had cancer - a classic Walter White moment, except I was me, and no one was filming anything at all." He then went on to have a physical examination, an MRI scan and a biopsy before being told that surgery was the next step to getting rid of the cancer. Months later he was given the all clear by his doctor, to which he stated he was, "extremely grateful." Despite this positive turn out, there is a lot of controversy circulating in the US around the use of PSA (Prostate Specific Antigen) tests – the test that detected Stiller’s growing tumour.

Why is there controversy surrounding this seemingly life-saving test? A PSA test consists of a blood test, where the blood is monitored for increased levels of PSA. If the blood shows an increase in PSA value, that could indicate the existence of prostate cancer. However, that is not always the case. Stiller went on to discuss the controversy, "The criticism of the test is that depending on how they interpret the data, doctors can send patients for further tests like the MRI and the more invasive biopsy, when not needed. Physicians can find low-risk cancers that are not life threatening, especially to older patients. In some cases, men with this type of cancer get 'over-treatment' like radiation or surgery, resulting in side effects such as impotence or incontinence."

Although the potential risks are daunting, the alternative could be life threatening. Since the story leaked, Ben Stiller has become an advocate for prostate health, encouraging men across the world to consider the benefits of a prostate check-up, "I think men over the age of 40 should have the opportunity to discuss the test with their doctor and learn about it, so they can have the chance to be screened. After that an informed patient can make responsible choices as to how to proceed.

"I count my blessings that I had a doctor who presented me with these options."

If you have any questions regarding prostate health or if you are currently living with prostate cancer and would like some expert advice, please visit our November Online Clinic on Prostate and Testicular Health. This clinic will be live from 1-30 November for you to speak to our panel of experts. You can also speak to our male community via our talkmenshealth forum.